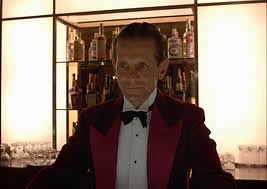 Goggla and EVGrieve noticed new Seattle nightlife legislation and wondered how it might apply to New York. Nicknamed the "meathead ordinance," the measure gives cops increased freedom to crack down on drunken misbehavior that often follows a bar crawl. But what about patrolling what goes on inside local saloons?

Per the Seattle Times:

"In an effort to help Seattle police tame unruly bar patrons as they spill out of the city's bars and clubs at closing time, the Seattle City Council unanimously passed an ordinance Monday that would allow cops to write tickets for fighting, making threats and creating noisy disturbances."

Perhaps the most interesting thing about the news is that police didn't already have the right to ticket this sort of behavior. In that sense, it's an improvement. But more proactive measures that enforce proper behavior inside bars are sorely needed.

Seattle and New York lawmakers should consider legal fines for the following infractions:

Turning your night out into a Vogue photo shoot: Ok, we're not in the best position to criticize nightlife photography. But at least most of ours is done by professionals who document people other than themselves. On special occasions, it's absolutely fine for amateur shutterbugs to snap a few shots of their friends in celebration. But a minute-by-minute photo documentation of the entire evening, with breaks devoted to hair, makeup and wardrobe checks, will prevent you from actually having the fun you're so keen on digitally preserving.

Not knowing: your drunk food: Booze and french fries: Yes. Booze and cupcakes: Maybe. Booze in cupcakes: No. 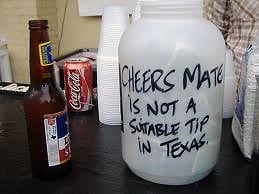 Tipping $1 per drink: A buck-per-drink tip might be considered the standard. And--ahem, Europeans boozing your way through the States--it's obviously better than nothing. The problem is the amount has been standard since the Nixon administration. At the very least, exceed the minimum acceptable tip on your first drink. The bartender won't forget it, and will hopefully reward you in the form of a buyback (for which you'll again tip extra).

Not tipping on an open bar: This is some boozing common sense that inexplicably escapes tipplers drinking gratis. In the case of an open bar, tipping is not only mandatory, but should always exceed $1.

Drinking a libation with a preordained cutoff. If a bar serves a drink so potent it's limited to two per person, it's probably best to cut yourself off after zero. We're looking at you, Billy Hurricanes.