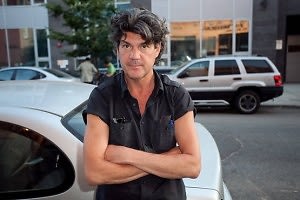 Ray Deter, 53, owner of d.b.a., a bar at 41 First Ave. with another outpost in Williamsburg, was taken to Bellevue Hospital after being hit on Monday afternoon by a Jaguar driven by 24 year old Anthony Guan. Deter was biking on Canal and is now in critical condition.

"He doesn't wear a helmet. He always said his head was too big—but that's rubbish."

Deter has been invaluable in promoting a group he helped to found, The Good Beer Seal, in the New York Community. The Good Bear Seal endeavors to identify bars that serve quality craft beer and demonstrate a commitment to the community in which they do business. The group is also very active in promoting New York City as a destination for lovers of good beer.

The community has been showing their support for Deter's speedy recovery through postings on d.b.a.'s Facebook.