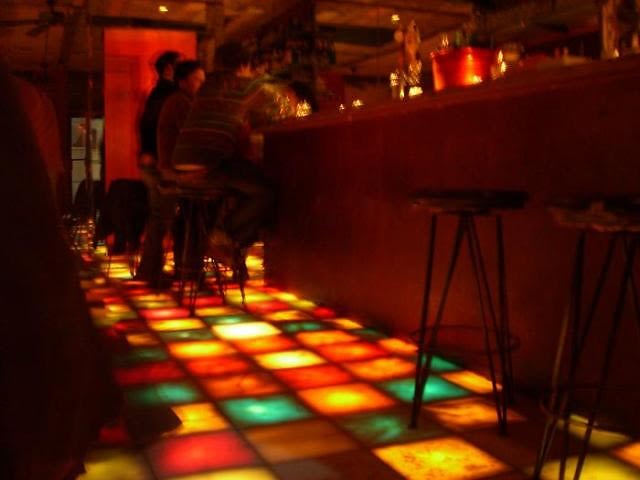 ...so thinks the brains behind the city's most beloved Passerby. It's a bar, it's a lounge, it's a club, it's a 70's styled dance venue....It's a hole-in-the-wall hipster joint, a cutting edge artsy folk hangout, a posh refined socialite's Saturday night secret stop, and an under-the-radar-famous-DJ-producing-factory. It is an "Andy Warhol crowd framed in a Saturday Night Fever setting"....and it's all coming to an end.

We have heard rumors of the closing of passerby since last spring, but we have waited to report on it, in desperate hope that they were just ill-started rumors. Today, we sadly will cry out "Say it ain't so!", but it unquestionably is "Passerby's Last Call". Gavin Brown opened Passerby in 1999 in front of his Chelsea gallery space sandwiched on 15th street between 9th and 10th avenues, a dead beat block on the outskirts of the bustling Meatpacking district. But, make no mistake, no sooner will pigs fly than you will find yourself tripping over the B&T crowd at Passerby. 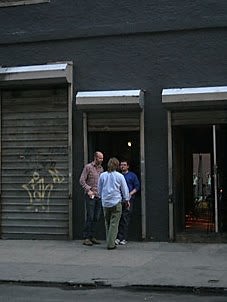 Gavin Brown enterprises has made its official statement on Passerby's fateful closure on their new website newyorkisdead.biz. Apparently, they too are lamenting the gentrification of the city. The $2,000 a month rents for a studio on Rivington, the Wholefoods and H&M's, the Tenjune's and Buddakan's. 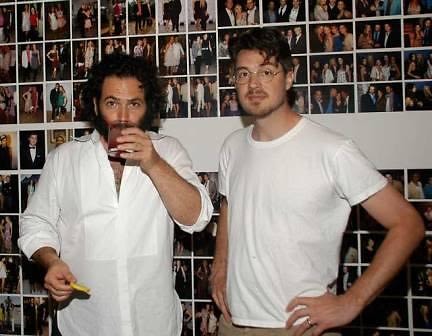 We will miss the scum infested bathrooms, the light-up tiled floor that we loved so much even though we had to throw away our favorite cashmere white scarf after it fell on it, the spacey bartenders serving us "tepid Pinot Grigio's out of clear plastic cups", the uninhibited dance moves at 4 am on Fridays that were never being critiqued, and the many dj's we have befriended in that teeny corner spin cage. Luckily we still have some time (set to close in June '08). Now, we will leave you with the words of Mr. Brown himself...at the end of his soliloquy, he writes:

"And before we allow our so-called souls to be strangled by the burgeoning hold of money-hungry parvenus, we best bring out the old trumpet (the Jazz machine, the warhorn, the loudest one in the room) and sound that awesome clarion call, saying: 'I want this to feel alive again.'

So, we’re going to blow that tuneless horn from September until Passerby is laid to rest. You can find out what will be going on (scheduled) here on our website: www.newyorkisdead.biz. The dull future needs our noise."