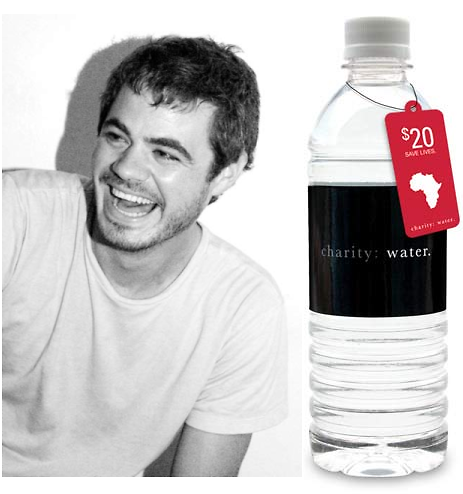 Meet Scott Harrison, former nightclub promoter and professional partier turned humanitarian.  Some may remember Scott when he use to run the party on Wednesday and Thursday nights at Lotus with his colleague Brantley Martin several years back.  In those days Lotus ran the nightclub roost in NYC, and was considered by many to the best club in the world.  And if you don't remember him from there, perhaps he hooked you up at Halo or The Park during Tuesday night Karaoke.

Time has changed, Lotus is no longer on top, and Scott Harrison has left the business for greener pastures.  Scott has shifted his focus and marketing talents from bringing fire water (vodka) to the mouths of those in NYC with plenty, instead towards bringing clean water to those in Africa with nothing.  Today he runs a foundation called Charity, that has raised over 1 million dollars, and currently has 168 well projects in development in various places in Africa.  We applaud Scott's efforts, and wish him the best.