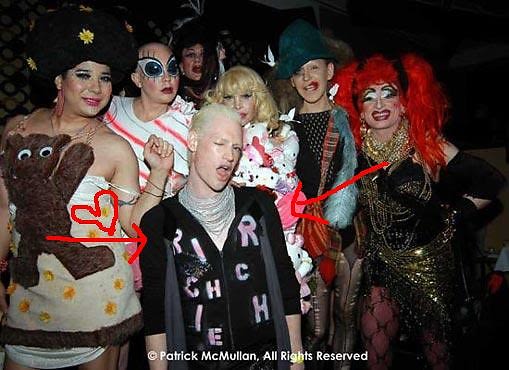 From Ice Princess, to Club Kid, to Fashion Mogul, Richie Rich has always been a superstar to us. Many of our friends find our mild obsession odd, but we don't care. Last night, while Kate Hudson was hanging with Ron Burkle at Rose Bar, and Diddy was causing chaos at Goldbar, Richie Rich was giving us goosebumps at Bobo. When we were randomly seated across from the famous diva at dinner, we knew we were in for a treat, and it wasn't going to be from any culinary cuisine. (Full review of the newly opened west village hot spot to follow). 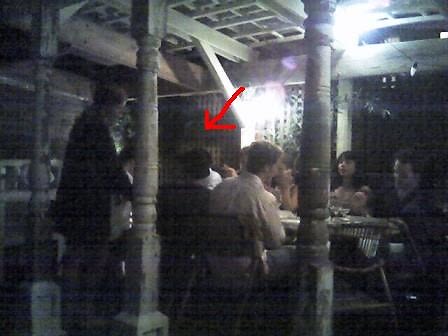 For those of you who are unaware of who Richie Rich is (and it's not the comic character), he's a kid from California that, after training under Kristi Yamaguchi, joining the Ice Capades and touring the world, decided to move to New York and become one of the most fab of all the Club Kids, working at all of the city's hottest clubs while simultaneously starting a career as a recording artist and unleashing various pop singles such as "Magic" and Collision." Those theatrical talents came in hand when he started making his own clothing, which got picked up by Patricia Field. Thus, Heatherette was founded in 1994 (with Travis Rains) and the rest is history. He is still hanging out with the hottest Socialites and Hipsters, but now it's because they all want to be part of his show (Tinsley Mortimer is a regular model for them). 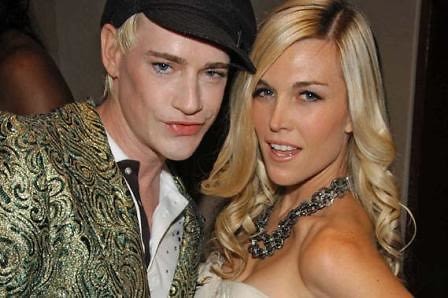 But back then, Richie Rich was just a kid trying to find his place in life. The Clubkids were infamous for taking things to the EXTREME. The movie Party Monster is a good documentation of this. Based on the book by James St. James, the film showcases the wild life of the real life "party monsters". The premeire party for the film was held at the infamous Plaid night club (pictured below) and included such guests as Macaulay Culkin, Seth Green, Wilmer Valderrama, Nicky Hilton, Kenny Kenny, and Chloe Sevigny (the old "It Girl" who has grown up a bit, staring on HBO's Big Love and recently launching a fashion line of her own).

Here's a video of the Clubkids that we dug up from the Jane Whitney show in the 90's...(Richie Rich is in there).

Finally, we leave you with a little blurb of the interview that James St. James did for USAToday:

Question: What exactly were all of you trying to achieve in the heyday? Was the club kid phenomenon just a major bid for attention? And was there anything you WOULDN'T do?James St. James: Certainly there was this post-Warholian feel of celebrity for celebrity's sake,a nd we deserved to be famous because we were fabulous. We did have an agenda, though. Drag was to be the norm. Drugs would be the utopian gateway. It all blew up in our faces, of course. But in the beginning we had an ideology.