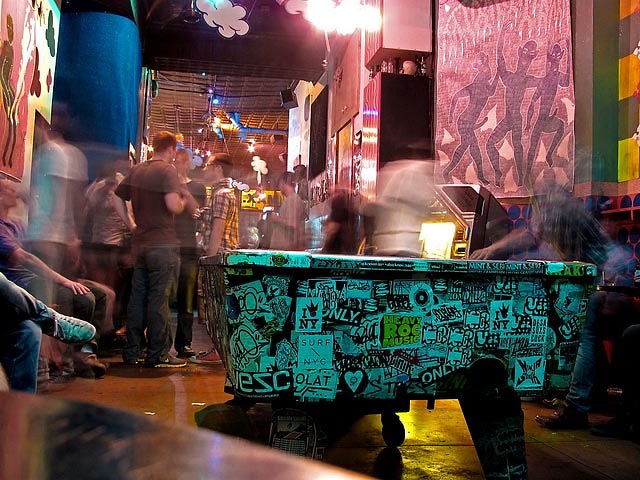 I'm normally not one to get upset over establishments closing in Manhattan. A restaurant or bar closing is akin to what older women warn you about plucking a gray hair: rip one out and five new ones spring up in its place. And while nearly every establishment is replaceable, some are not. Such is the case with Max Fish.

Opened 21 years ago, Max Fish has become an institution. Elliot Smith liked to get drunk there frequently, as did Moby and TV on the Radio. Almost any night you stop by you are guaranteed to meet a musician, normally bearded and wasted, who has just played one of the venues around the LES. The spot is also a mainstay for artists,  skaters, casual pool sharks, those with a penchant for PBR or Jack Daniels, and your general punks and misfits. Where will these people, or as my friend wrote on her Facebook 'the ghost of my early 20's', go? It remains to be seen.

Owner Ulli Rimkus is closing shop due to rising rent and a failure to work out an agreement with the landlord reports Paper. She told Village Voice she plans on opening elsewhere. But away from venues like Cake Shop or Pianos or Arlene's or [insert other place to hear music] where people swing over after seeing a show or stop by after dinner at Schiller's or Pink Pony, which is also sadly closing, will it be possible to recreate the same vibe?

Go say goodbye while you can. The doors will shut by January.