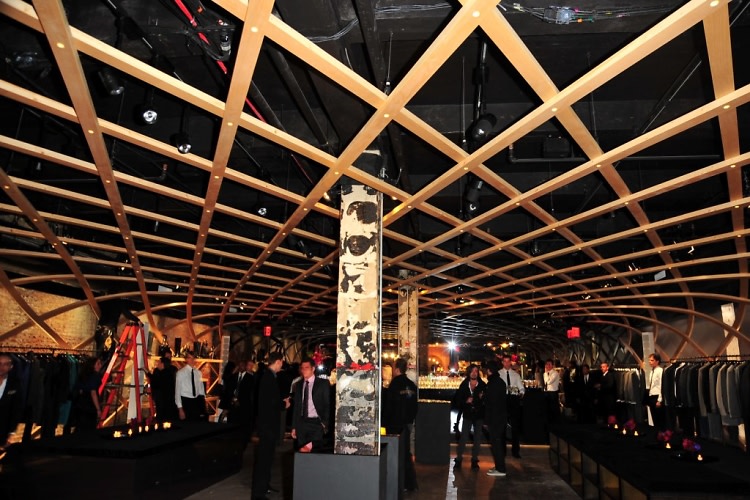 Go HERE for more on this event.

And so the night went at another fabulous soiree in the city that never sleeps. We have never felt that expression more as we have been stretched to the breaking point with the non-stop events in New York City.

We made our way to the new fabulousness that is the Hugo Boss store. They had quite an array of celebs, models, socialites and hipsters in attendance. We hit the event with our friends Grace Gomez Brea, Melanie Weitzner and James (Jammy) Taylor. Randomness abounded as one minute we were chatting with Bethenny Frankel, the next our faces were being licked by Peaches Geldoff while the next we were getting in a Brooke Shields photo op. Others at the party included Maggie Gyllenhall, Stanley Tucci, Tyson Beckford, Steve Kasuba, AnaMaria Pavoni, Ward Simmons, Jason Preston, Jaizen Homiller and Mark Indelicato.

Tonight look for us as the Eldridge as Scott co-chairs the ACRIA JR. Committee with Gillian Hearst Simonds. The DJ for the evening is Angelos Styliano, and the event is sponsored by Orzel Vodka. The Junior Committee was just formed and includes Lydia Hearst Shaw, Leven Rambin, Richie Rich, Alessandra Balazs, Liam McMullan, Jill Weinstein, Peter Davis, Luigi Tadini, Kipton Cronkite, Dalia Oberlander, Annie Churchill, Rachelle Hruska, Tara Church and Matt Levine. Afterward you may see us at the opening of the new Cain, Lucky Strike, Aspen Social Club or Richie Rich's CD launch at Citrine. We need a vacation and that's just what we're getting as we head down to Miami on Friday for the wedding of designer Alisha Levine to Mike Azzizi.