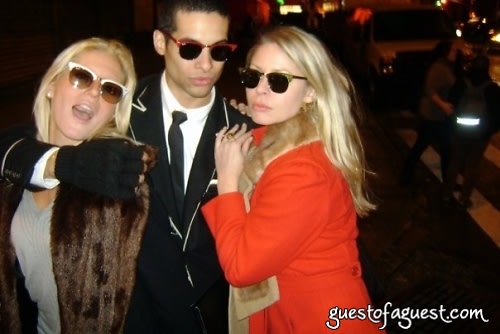 Go HERE for more photos by SCOTT and NAEEM and TAG YOURSELF and your friends!

We began our night at the Operation Smile/Ferragamo shopping event. We were thrilled to see a photo booth in the corner because we love nothing better than getting our pics taken! We scanned the room and didn't know which way to go, our friends were everywhere. Gillian Heart Simonds was there with her adoring husband Christian, Laura Kornhauser, Tara Church, Bobby Kennedy, Jasmine Rosemberg, RobertFowler, Nick Dietz, Kristian Laliberte, Dabney Mercer, Sarah Basile,Martin Dawson, Dalia Oberlander and William Heath, Emily Hodge, Melissa Berkelhammer, Annabell Vartanian, Zev Eisenberg, Emma Snowdon-Jones and many many more.

We approached the woman who makes it all happen, Deedee Sides, to congratulate her on another amazing event, and she informed us that we have been selected to be on the Operation Smile committee. We were thrilled and honored and look forward to working much more with this amazing organization that changes people's lives all over the world.

We then headed down to the Ray Ban Colors party at Bowery Ballroom. Scott's agency Artwing was just awarded the new Ray Ban Worldwide campaign for this new line so were especially excited to go. When we got there we were told door was closed due to capacity issues and that the fire marshal was inside. Paul Johnson Calderon and Jules Kirby managed to get on the step and repeat and promptly grabbed three pairs of sunglasses. We decided the hassle wasn't worth it, especially the beyond rude security company that they hired, and headed to Rose Bar. Rose was filled with the usual mix of hipsters, socialites, models and hangers-on. We ended up sitting next to Riche Akiva's table as he played host to Jay-Z and Leonardo Dicaprio. We also managed to take quite a few pictures. They've seem to relax on that no pictures rule? 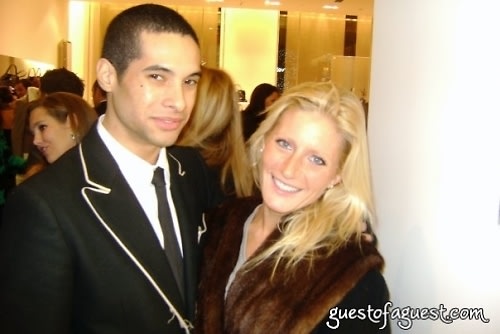 Scott And Naeem Do Operation Smile• RayBans And Rose Bar