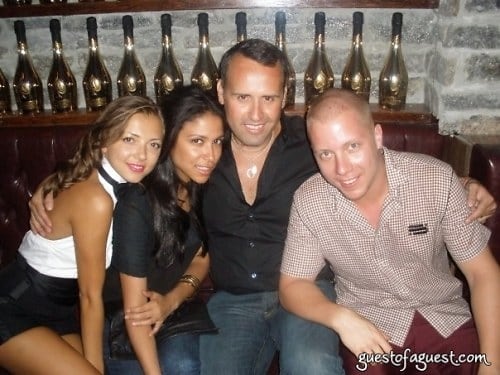 We're back! Miss us? If not write a pithy response in the comments section, we feed on your bitterness.

We just got home from our week long vacation at the Hearst Estate in California called Wyntoon. Wyntoon is 100,000 acre estate in northern California. We were the guests of Gillian Hearst Simonds and her husband Christian Simonds. We spent a week relaxing, tanning and being fed by a private chef. Some other sites were wondering why Naeem was not at the door at the Eldridge last week. Wyntoon is the reason why. He actually did cut into his vacation to be at the Eldridge for the opening night. Other sites wouldn't know that because they obviously were not invited. There has been no fall out between him and owner Matt Levine. We arrived in New York at 5pm and Naeem was at the Eldridge door by 8pm.

More story and photos from Scott and Naeem below: 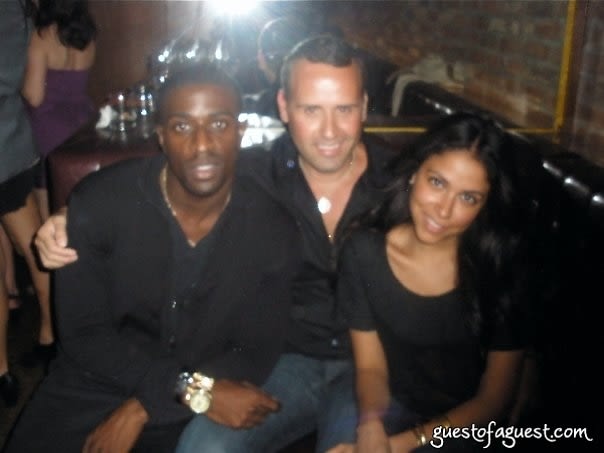 The Eldridge played host to a House of Casette party last night and, despite jet lag we both made it there. The space is really beautiful and intimate. The cocktails are outrageously decadent and we plan on spending future evenings sampling the entire drinks menu. Scott stayed inside with his date Grace Gomez-Brea while Naeem dealt with the throngs outside.

Others at the party included, owner Matt Levine, manager Jason Lawrence, hospitality manager Diana Papanova, PR Diva Tyler Burrow, Olympic gold medalist Amanda Beard, actor Jake Hoffman, actress Camryn Mannheim, MTV's Suchin Pak, Jay Alexander from America's Next Top Model and basketball legend Kenny Smith. Considering the size of the Eldridge, if you make it inside, you have a good chance of sitting next to someone much more famous than yourself. Tonight's event should be amazing and you will read all about it tomorrow here....