Last night found me uptown, downtown, midtown...basically all over town. I started the night uptown at the Museum of Natural History for the Louis Vuitton party to celebrate the 40th anniversary of Neil Armstrong and Buzz Aldrin’s lunar landing. What better setting than the Rose Center for Earth and Space, with its moon rocks and scales that tell you how much you weigh on Mars and Venus? Although we have yet to find proof of intelligent life outside of our planet, Lance Bass was there to prove that there is a possibility. Guests were treated to the musical styling of the ubiquitous DJ Cassidy.

The party ended surprisingly early so I headed downtown to the Cinema Society party for the film "The Loop." Andrew Saffir's party drew the usual eclectic mix of celebs and socials including James Gandolfini, Famke Jansen, Tom Arnold, and newly minted celebrity, Alan Garner (The Hangover). Guests were treated to cocktails by Veev as well as the excellent cuisine of Scuderia.

Afterwards I headed to Avenue. I was admitted by the always dapper, Richard Thomas and celebrated Maria Christina Vignaud's birthday along with "Rock of Love's" Constantine Maroulis. Besides that, I really can't say anything about Avenue. What happens at Avenue, stays at Avenue, otherwise you get blacklisted. Ask Lindsay Lohan... 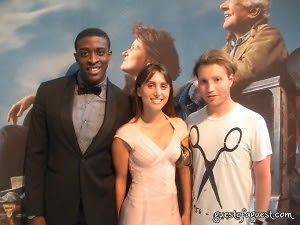 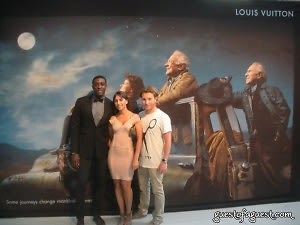