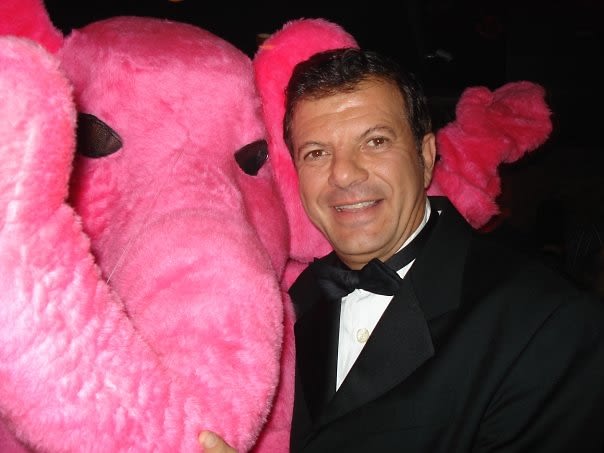 In an industry as competitive and cutthroat as nightlife, very few people come a long that are universally loved and respected by the entire community. Rocco Ancarola is one of the industry’s biggest luminaries. A man who’s fun loving demeanor touched and influenced many of nightlife’s major players.

He was one of the founding members of the Pink Elephant franchise, the Euro-centric house music concept that he and his partners pioneered at this legendary venue set a standard that many of today’s top venues have duplicated. His parties were always known for having a great looking crowd and attracting some of the world’s top DJ talents.

He recently had joined forces with Noah Teppenberg and Jason Strauss at one of the city’s top venues LAVO. His successful Riviera Sundays were an homage to the restaurants in Italian Riviera of the 1960’s. Combining fine dining, with music of the era that got louder and more raucous as the night wore on. Once the food was finished, the dancing on tables began, usually led by Rocco himself as he festively threw napkins in the air. 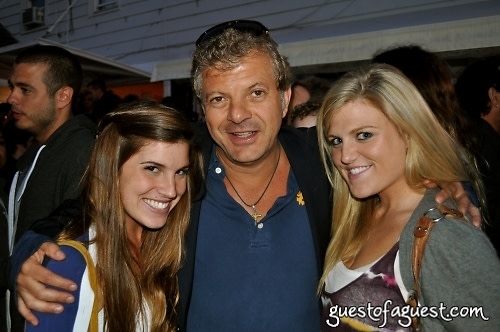 Recently, he was stricken with an aortic aneurysm that required open-heart surgery to save his life. I caught up with a few of his friends in the industry and they reflected on the impact he had on them.

Jayma Cardoso a partner and long time friend of Rocco’s reflected fondly on meeting him:

“Rocco was my first boss in nightlife, he owned a restaurant called Boom. It was my first summer break from college, my first summer outside of Brazil. They were looking for a bartender, I lied and said I had experience. My first night, Rocco noticed that the guests were getting all types of drinks, except the ones they requested. I really was an awful bartender. I just made drinks up based on what people told me. Rocco came over and asked 'Do you know what you’re doing?' That was my last night as bartender, but he noticed everyone at the bar seemed to be having a good time. So, he had me hostess. I think most owners would have fired me on the spot, not Rocco, he couldn’t help but laugh at how ridiculous it was that he had a bartender who couldn't make a single drink.”

“What I always noticed about Rocco, he really embraced other cultures and having a global flair. Whether it was music, food or guests. Rocco always celebrated diversity and the fun that comes out when you mix different people and cultures together”

Derek Koch and Daniel Koch who worked with Rocco at the Hamptons incarnation of Pink Elephant: 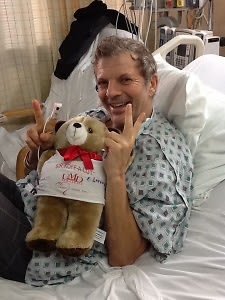 Rocco is currently recovering in the hospital. LAVO is hosting a benefit tonight to help out with his medical bills and other expenses. It will be at least a year before he would be able to work again. Please join the long list of nightlife fixtures that are coming together to celebrate the spirit of their friend and raise money to take care of someone who impacted them all in so many different ways.

The festivities begin at 10pm at LAVO, there is a suggested donation of $50.

If you cannot make it to the fundraiser, but still want to help please donate whatever you can at “Rocco’s Healthy Heart” fundrasing page HERE. 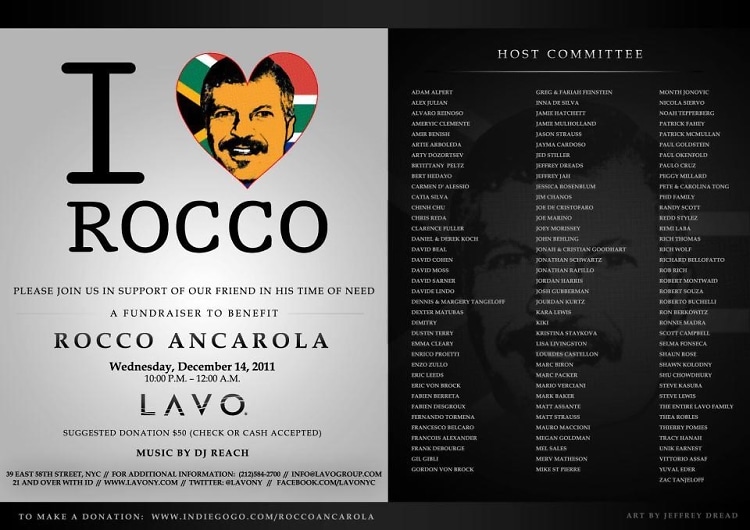