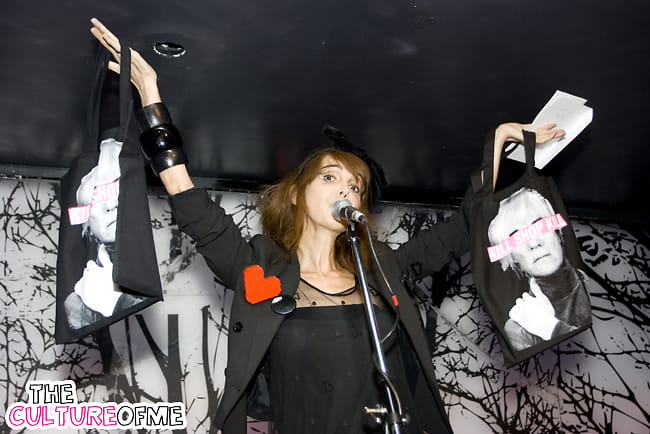 Do YOU know who Sophia Lamar is?

Go Here for more photos of this event.

L Magazine held its 2nd Annual Nightlife Awards Party at Touch, where the experts and pundits of NYC nightlife gathered together to honor and celebrate the best of professional party-goers and nightlife. It was an excuse for the winners, judges and presenters to recognize their excellence at nightlife. The party included boozing, music performances, dancing and usual debauchery.

Nightlife legends Michael T. and Michael Formika Jones (aka Mistress Formika) emceed the ceremony with plenty of glitz and glam. Sophia Lamar, the illustrious transsexual nightlife celebrity, won the 2008 Nightlife Icon Award, but when she accepted her award, she admonished the entire crowd for not knowing who she was. Michael T and Michael Formika Jones joined her rant and demanded the crowd move closer to the stage and show proper respect for Sophia. They even expressed their hatred and disgust for the audience!

DJ Performance at a park or festival: Paul Van Dyk

Promoter Most Likely to Coerce You Into a Bathroom Stall for HIJINKS: Everyone

Mix of Nightlife and Art: Lit