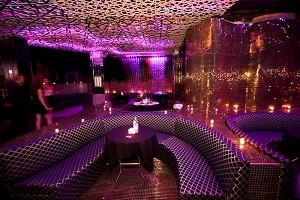 It's been awhile since a big name nightspot was busted for smoking ban violations. Thank goodness Juliet Supper Club picks up the slack. The Chelsea restaurant/lounge/club has to cough up $19,400 in fines after (no doubt sharply dressed) narcs witnessed folks lighting up inside. -

In addition to the fine, Juliet will close for a week starting this Sunday. Lucky for owner Jon Bakhshi, those seven days are historically among the sleepiest in town. City officials are also requiring managers to present a detailed plan on combating unruly smokers.

Juliet's was a less brazen offense than M2's, where staffers actually sold loose ciggies. Or Southside, whose owners were shown puffing away inside the club in a photo posted to the club's website. And it makes you wonder whether the blame for such infractions should lay with the clubs where they occur or the customers who commit them. As Juliet spokeswoman Elizabeth Rosenthal told the Post:

"Juliet has a strict no-smoking policy, and any patron that lights a cigarette is instructed to extinguish it. Unfortunately, we can't always control when a patron attempts to light a cigarette."

No word yet on whether the violation will dislodge Juliet from the list of the world's top 10 nightclubs or boost its credibility.