Nightlife, just like anything else, is always changing. These days more than ever, with the rise of the internet and social media, information travels faster than ever before. New trends are constantly being created, making old one’s obsolete. In an industry that’s driven by exclusivity and trendiness, venues have to be ready to adapt to the tastes of their clientele on the drop of a dime. It’s Darwinism at its most basic, only the strong survive. 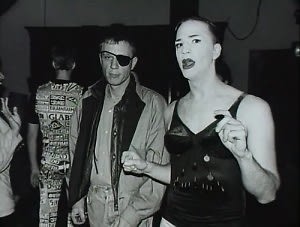 If you look back at nightlife in this city in the past 40 years it has had its phases. Steve Ruebel at Studio 54 was fueled by the cocaine boom of the 70’s, with its exclusive door policy, celebrity regulars, and an anything goes attitude. The Goode brothers brought the downtown art scene to nightlife at Area in the 80’s. A venue that’s theme changed every six weeks thanks to some of the hippest artists at the time. Peter Gaiten brought us the mega clubs of the 90’s, venues like Club USA and Palladium. He then went even further by helping to usher in two polar opposite nightlife scenes. The rave era at the legendary venue Limelight, filled with house music heads jacked up on ecstasy. The underground hip hop parties at the subterranean venue Tunnel.

Then in the 2000’s with Amy Sacco at Bungalow 8, Noah Tepperberg and Steven Lewis at Marquee brought table service to celebrities and the elite. Jon B turned around and gave it to everyone at places like Guesthouse. The team at the original Pink Elephant ushered in the Euro-centric house music parties. Simon Hammerstein brought back a seedy burlesque vibe with The Box. The Koch brothers decided we didn’t just have to party at night with their Day & Night Brunches. Tepperberg and Jason Strauss took that same brunch concept and added theatrics and opulence of Vegas with their LAVO incarnation. 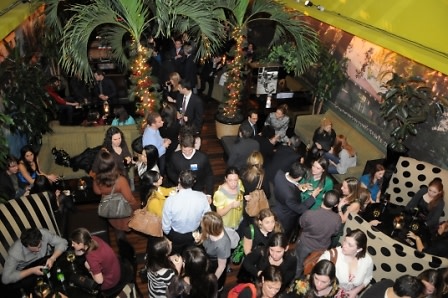 The formula has been pretty much the same the past 10 years or so:

However, with the sheer amount of image venue options, supply is outnumbering demand. Now it’s up to the new generation of venues to adapt and survive. Whoever starts the next big trend will reap the benefits? Barry Mullineaux and Rueben Rivera are doing well with W.I.P. (Work in Progress), which is modeled very much in the downtown art scene spirit of the aforementioned Area. However, there isn’t much else out there doing things different or breaking new ground. 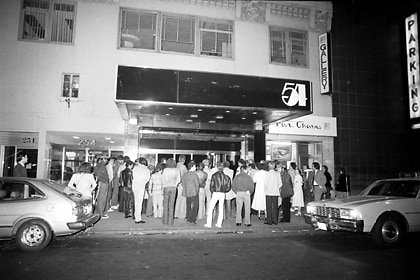 Things tend to be cyclical and what’s old can be new again. Are we going to start bringing back the mega clubs and VIP rooms of the 90’s? Will we see more of the theatrics and performances that made The Box so successful? It remains to be scene where we’re headed, but I do know things inevitably will change. It may be a bit slower, as nightlife has become increasingly controlled by corporate entities and that are less susceptible to change. However, all it will take is one good idea to take off to flip nightlife on its head.

I had a chance to chat with nightlife heavyweight Mark Baker about the situation and what he’s up to at The Double Seven and his new project Liberty Theater. Here’s what he had to say:

HN: There have been a lot of rumblings in the nightlife community that the market is oversaturated with venues. Do you agree or disagree? If so what effect is it having on the profits of these venues?

MB: I think even though there are many venues their format, design, and programming are just all so similar. Operators who have multi-venues, at some point have to reach a point where they are just moving their crowd from one place to another. It's self defeating. When owners diversify a little and create something new and exciting then they will be able to draw beyond their support base. Let's be honest, the whole model-promoter -bottle club scene is a little tired. We started this in '95. It’s time for New York to get its sexy, edgy and unpredictability back. New York promoters work at many venues on many nights. They just shuffle the same crowd to different venues. Thankfully, there are some edgy venues and operators in Williamsburg, etc. that are doing cool stuff.

HN: It seems that the models and bottles formula isn't enough to draw a good crowd any more, what are you doing at The Double Seven and Liberty Theater to set yourselves apart from the pack?

MB: The concept of the original Double Seven was that you couldn't "buy" your way in. It was just a very cool lounge, great music and something a little different than what everyone else was doing. At the same time economics dictate that you need to make money and pay the rent. I think we've really nailed it for the moment at D7 as were jammed every night with an amazing edgy, yet sophisticated and sexy crowd. The celebs know they're safe and will be comfortable. We have a good balance of people, both bottle and a non-bottle crowd . We don't bang people over the head and we have an amazing staff with great service and cocktails. It's back to basics, we treat everyone like someone special and its paying off. We definitely had to adjust to compete in the new nightlife scene, but likeIi said its working and The Double Seven now is jumping.

HN: Can you tell me more about your event this Friday "The Best Little Whorehouse in New York" at Liberty theater? What can people expect from this event that they can't get anywhere else?

MB: I love putting on extravagant productions. I think people appreciate the effort. Again, nightlife is so predictable these days. You kind of know what the nights going to be before it has started. So with the incredible liberty theater, the most spectacular venue in New York we have a chance to get everyone working together, from all walks of nightlife! To create this fantasy world for people to escape and enjoy. The “Gangs of New York” Halloween event was a huge success and "The Best Little Whorehouse in New York" will be incredible. The timing is kind of good, as brothels have been in the news a lot recently. My partner at Liberty Theater, Ray Trosa, has installed a monster sound system and its just all around the perfect venue to do a production like this. People want something entertaining!! Now that the big DJ's don't really play by clubs anymore, I think nightlife in general needs to kick up the entertainment factor. I'm sure you will be seeing more and more parties and events with shows and performers.

HN: What does the future hold for nightlife in New York City, will we go back to the mega venues and VIP rooms of the past?

MB: Where does NY nightlife go now? It certainly needs to be more creative and edgy. This is New York fucking city!! The new generation of owners has to FEEL nightlife in their soul. It’s not just about money... It’s up to them to create entertainment and fun. Look at Europe, Russia, Ibiza, and Bali the most incredible music, shows, and sexy people partying. It’s always good to have a mix of people at a party. Straight, gay, uptown, downtown , fashionistas, socialites, gangsters, models, posers. [Laughs] Damn. Throw them all in the mix! Push the envelope. Only having B-models on their Blackberrys isn't an exciting night out. Anyway it's spring and summer is around the corner. For now, LIFE IS GOOD!

There you have it. Mark Baker is looking to raise the stakes, let’s see who follows suit.