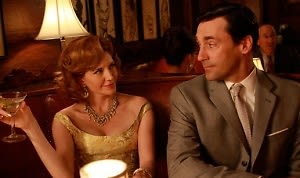 Something's happened to the New York dining scene. Sure, we have a bevy of different restaurants to choose from every night, based on every possible taste. We choose one, and we go and we eat and we pay and we head to the evening's real destination, be it party or nightclub or hotel lounge. But it didn't always used to be like this.-

Once upon a time in New York, restaurants used to be the destination, and not just the first stop. You'd dress up for dinner. You'd meet for drinks at the bar, and an hour later, well lubricated, you'd head to the dining room. You'd make stops along the way, passing friends at different tables. You'd sit, you'd order another drink; an appetizer, a main course, a soup. By the time dessert was served, you've finished a bottle of wine, but you go ahead and have a nightcap as well. And when your meal is finished, you don't leave the restaurant: you push your chair back and you dance, or you light a cigarette and listen to the band play.

That's what New York dining used to be like. And we know this, because we watch Mad Men. Jealously.

Fortunately for us, two new restaurants this season are the stuff Don Draper Dreams are made of: The Darby and The Lambs Club.

The Darby is the new restaurant on West 14th Street from Richie Akiva, Scott Sartiano, and Alexandra Guarnaschelli.  Akiva told the Times:

"This won't be just another nightlife place. I want to bring back an old-fashioned sense of class from the '50s and '60's, like El Morocco, a place where you can dress up, have an amazing dinner and some music and entertainment."

Yes, yes, yes, that's exactly what we want, too! Akiva says the vibe of the restaurant will be modern, but there will still be some old-fashioned dishes will be on the menu, including oysters Rockefeller and souffles.

Though it hasn't even officially opened yet, The Darby has already been discovered by the fashion crowd. It's where Marchesa hosted their Fashion Week party. Dinner, drinks, and dancing all in one place--it's so civilized! 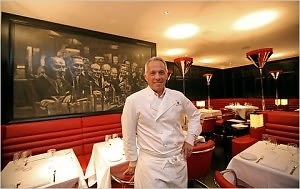 The Lambs Club New York, on 44th Street, is destined to give Sardi's a run for their money with the pre and post theater crowd. The Thierry Despont decorated restaurant includes not only a main dining room but a 60-seat mezzanine bar and private event space as well, perfect for the recent celebrity-heavy parties that have been held there, including the premiere of Woody Allen's "You Will Meet A Tall Dark Stranger".

David Rabin and chef Geoffrey Zakarian have collaborated to bring an elegant, 60s vibe back to midtown. The five-item cocktail list includes, naturally, an Old Fashioned, the drink favored by Don Draper. The mid-century date night suggestion practically writes itself: go see Noel Coward's Brief Encounter, and then straight to The Lambs Club for supper and entertainment late into the night. 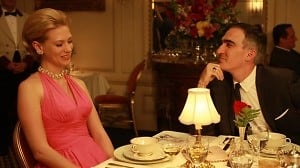 But will people really do it? Will people really dress up to go to dinner, will our ADD generation be able to stay in one location for the duration of the night, will we be able to put down our smart phones and make it through course after course with nothing but our conversation and a possible live band to entertain us?

We can only hope. It's hard to imagine a more polar opposite concept to Don Hill's, which seems to be the runaway hit of the season.  But wouldn't it be nice, if, after fifty years, pop culture would make a hairpin turn, away from laid back and indifferent nightlife, and back to elegance? 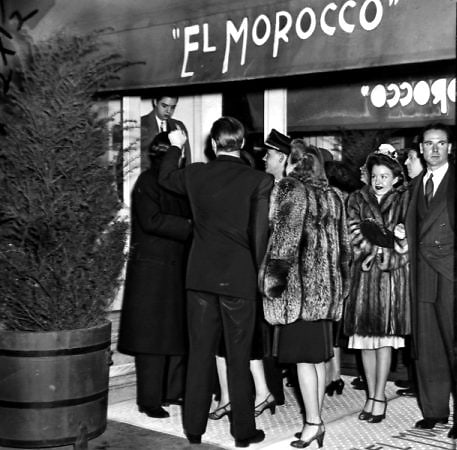