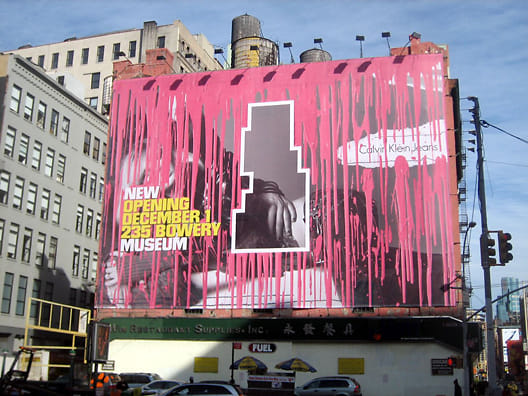 Last night was quite eventful.  First there was the party to celebrate the opening of the new Fortunoff store (pictured below).  Dior celebrated the 60th anniversary of the House of Dior at their store, Hermes on Wall street hosted a cocktail party, and the charitable folks over at Operation Smile had Socialista rented out for the evening.  But the big event of the night was the debut of the "New Museum" on Bowery.  The New Museum of Contemporary Art is a seven-story structure designed by Tokyo-based architects Kazuyo Sejima and Ryue Nishizawa.  Located between Stanton and Rivington Streets it is the first art museum ever constructed from the ground up in downtown Manhattan.  Not officially open to the public until December 1st, several lucky New Yorkers got a sneak peak at last night's "Calvin Klein Collection's 'First Look' of the new museum" event.

Racked solved the case of the mysterious billboard on Houston and Lafayette (pictured above).  It was of course, just a clever marketing scheme by the New Museum...now we know just how clever: They chose a Calvin Klien Ad to paint on....very fitting considering the designer hosted the first event there. 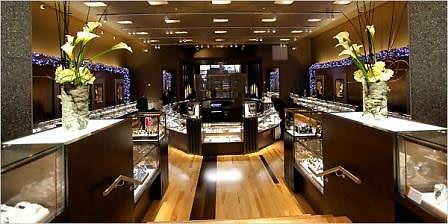 [the new Fortunoff store, from the NY Times]