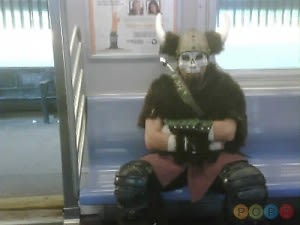 Those offended by the blue state coastal smugness of People of Walmart, take heart. As a visiting friend once told me, "New York has so many creatures" of its own. And People of Public Transport has captured them in transit and brought them to the internet.-

New York's subways and buses are not the only city's to be chronicled on the site. But the scope of our system, combined with the enduring collective psychosis of New Yorkers, results in quite a bit of local attention from the brave citizen journalists--seriously, I wouldn't want to piss some of these people off--who submit snapshots. 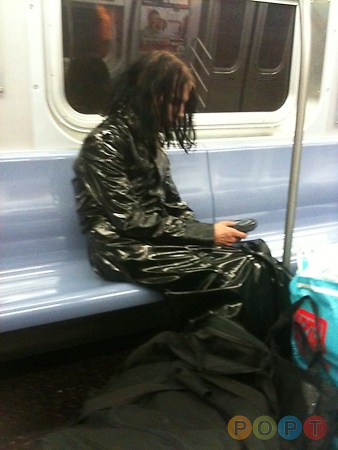 This guy designed Tilda Swinton's Oscar dress back when she won for Michael Clayton. 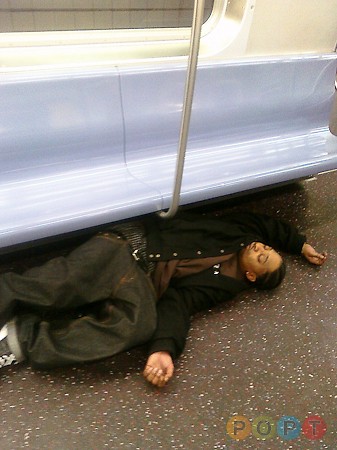 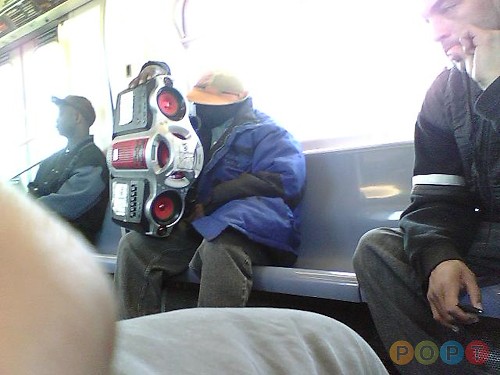 Simply a perfect photographic testament to New Yorkers' ability to tune out all the lunatics surrounding them. 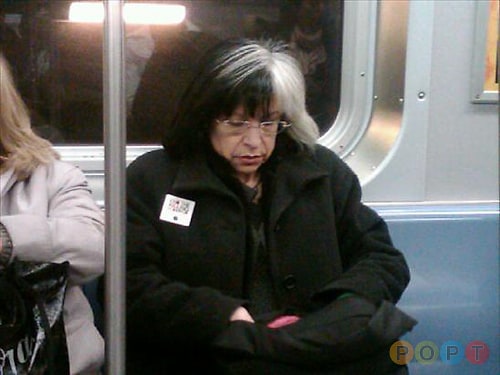 The Susan Sontag costume was all the rage on the Upper West Side last Halloween. 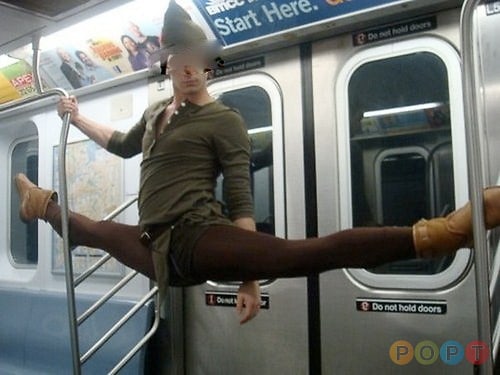 Peter truly won't ever grow up after the subway ground to a screeching halt shortly after this was taken. 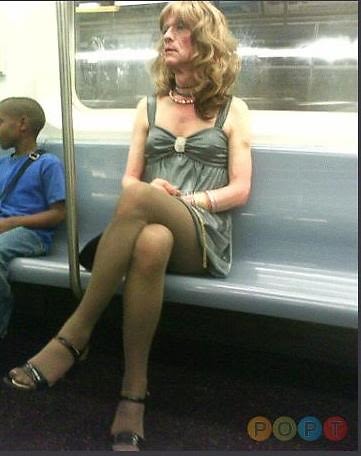 Some days, when their drivers called in sick, the cast of Sex And The City 2 had to find others ways to get to the shoot.