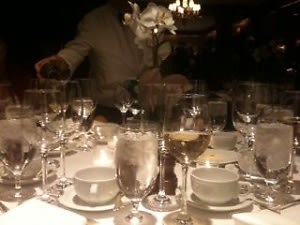 You know what's really weird and crazy? The New York party scene. I know this because I've been covering events for this website for the past two years. As my time as Editor of Guest of a Guest comes to a close, here is a look at what I've learned by attending movie premieres, galas, product launches and fashion parties.-

While working at GofG, people have always asked me a ton of questions about covering events. "Is it glamorous?" (Yes, ish.) "Did you talk to anyone famous?" (Sometimes.) "Is the food good?" (Usually.) "Is it really open bar?" (Always.) "Is it fun?" (Depends.) "But what is it really like?"

Here is my real, honest, inside scoop, everything I've learned from Guest of a Guest:

For everyone who arrives to a gala or premiere in a limo, there ten others who arrive by subway. The vast majority of the people at parties are there to work: an army of PR girls in headsets and heels, servers who went on five auditions that morning, reporters who will be up til three writing their story, a phalanx of photographers on the red carpet and a handful more inside, security guards, cooks, bartenders, people to set up the tables and tents, people who take them down. There's an entire industry of people who go to parties like this every. single. night.

If You Only Have Five Minutes To Get Ready

Skip: Shaving anything that will be covered up by clothes, any makeup other than eyeliner and mascara (lipstick on the go!), jewelry, perfume, brushing your teeth, depending.

If You Aren't Famous, You Shouldn't Be On The Step And Repeat*

Because, you see, you aren't famous.

A Step and Repeat is a backdrop display with sponsor logos printed on the back, designed for photo opportunities.

Lamb Sliders Are The Height Of Sophistication

I've barely gone to a party in New York this year that didn't serve them. 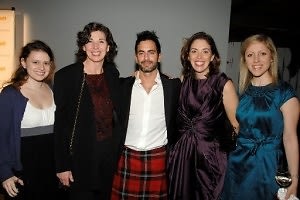 Someone in our office wore Forever 21 to meet Marc Jacobs. And by someone, I mean me.

Don't Grab A Drink From The First Caterer By The Entrance

Grabbing a drink from the first person who offers one is a rookie mistake, made by people who aren't sure they'll get another chance/option. Also, the worst drinks are always in front. Hold out! Hold out for something you actually want to drink!

You're Still Supposed To Tip At Open Bars

So don't leave your wallet at coat check.

How To Be At A Party Alone 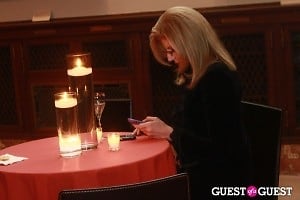 Sometimes we get plus ones, sometimes we don't. Being by yourself at a party where you know no one is never fun, but it is possible to make it more tolerable.

-Resist the urge to take out your phone. (It doesn't make you seem busy and important, it makes you seem like you feel awkward standing alone and are therefore frantically texting everyone in your contacts list.)

-Think of an asinine, but seemingly important question to ask people. ("Did you see the movie?" "Do you know if so&so will be here?" "Are the crabcakes any good?")

-If all else fails, and you feel terribly conspicuous being by yourself,  grab two drinks. People will assume you're holding one for someone. And it helps to be a little bit drunk.

If You Want A Perfect View, Go Hang Out With The Light Operators

They can be found on the second level of any major venue space (Cipriani, Gotham Hall, Capitale, etc.) They're usually cool guys, and you'll get the best view in the house. (I've honestly done this multiple times.)

Sometimes you'll be at these things, and you'll see someone you vaguely know, because maybe you were introduced once, or maybe you've emailed about something or other. And then you're forced to decide whether or not to say hello, because after all, you don't really know them, and they might not know who you are, etc., etc.

The thing is, if you opt to NOT say hello to them, it will just inevitably be more awkward the next time you're forced to interact. You'll be forced to acknowledge the first time you guys met, while ignoring that second time when you didn't say hi...

Sit Down Dinners Are The Best

It's so easy to make conversation when people are forced to sit for an entire meal together, and therefore its in everybody's best interest to be friends. It's also very easy to talk about the food you're being served, or the movie you just saw. It's actually especially easy if you're seated next to older people: they're usually thrilled to talk to someone young.

People In This Industry Talk

The bloggers, the publicists, the event planners, the photographers; everyone is pretty chatty. And everyone knows exactly who is polite, and who is a pain, and who constantly requests to be added to the "notables" list, and who throws fits about bad pictures, and who steals interviews, and who refuses them, and who is an angel and who is a nightmare.

You're Probably Not Big Enough To Be "Over It" 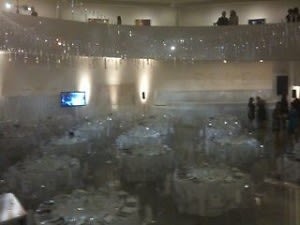 you get to go to one fancy party in your life, or if you go to five hundred, I can almost guarantee that you're not big enough to be "over it." There's nothing more obnoxious than people who make a big point of being blasé about a glamorous party. In the grand scheme of things, if you're at one of these parties, you have a pretty nice life. And you may never have the chance to go again. Don't complain about all the parties. Be humble. You're lucky. Enjoy it.

This isn't going to surprise anyone who goes to these things, but when I first started I was genuinely shocked to learn that celebrities aren't kept in a private VIP section, safe from the unwashed masses. I assumed I'd see the celebrities; I didn't know I'd be reaching for hors d'oeuvres next to Meryl Streep. 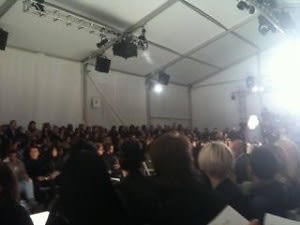 Again, this won't surprise anyone in the know, but if the extent of your knowledge of the fashion industry comes from Bravo Reality Shows, you'd be shocked at the brevity of these things. It takes longer to get everyone checked in and seated than it does to do a runway show.

The Truly Impressive People Are Usually The Nicest

The not-actually-that-impressive-or-important are usually the haughtiest.

They seem to sponsor every single party in New York, which is nice to know when you're on the go and frequently don't have time for lunch.

The Best Way To Become Famous

Is to be charming and interesting and polite. You can try really, really hard to go to all the right parties and get your picture taken and tweet at the right people and upload watermarked photos of yourself on Facebook. This doesn't make you famous, respected, admired, or liked. It makes you vaguely recognizable and pretty obnoxious.

At A Movie Premiere, The Front Row Is The Best

Because the actors and director come down and stand in front of the screen before the show. When they're done, the celebrities will always sit in the middle section, three to five rows from the front. Didn't learn this in time for Wes Anderson, thankfully learned in time for James Franco.

Believe In The LBD

I have a black dress that I've worn 34 times in the past 12 months. Because I am not famous, nobody noticed. If YOU are famous, please do not take fashion advice from me.

Champagne gives you headaches, tequila is hard to tolerate if you're only eating hors d'oeuvres, red wine stains your teeth and lips. Vodka Soda is usually your best option. The only drink you should be drinking straight from the bottle is beer. And by the way, you don't have to drink, just because it's free!

There's Always A Way In 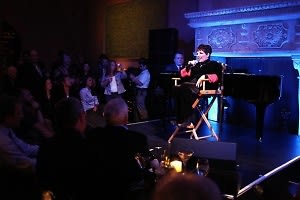 This is cheating because I actually knew this going in. But. Friendly reminder to everyone who freaks out about the list or the floral arrangements or the timing or the press release. It's just. A party.

I'm truly grateful for every single party I got to experience through Guest of a Guest. Thank you so much for reading and commenting (yes, even the bad ones) and reblogging and tweeting and making my job a whole lot of fun.