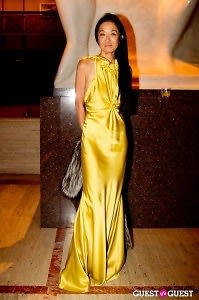 When I caught up with Vera Wang last night at the New York City Opera Fall Gala at the David H. Koch Theater, she told me she’d dress up at Cameron Diaz for Halloween. Learn the impetus behind that and more below:

Given the interest in how fashionistas approach Halloween, we asked her about her own costume idea.

"We haven’t been invited anywhere for Halloween," she lamented. "But if we are, well, I was going to go as Cameron Diaz, but I think I’m gonna have to grow a few inches and get a face lift. I don’t know if I would have been recognizable as Cameron. But that’s kind of where I was going. Blonde wig. Big smile. You know, very upbeat, cool, sexy. That’s what I thought."

"Yea, it's me," she said of the dress. "They make me do that at night. The few times I come out, like Dracula, I have to dress like myself." She wore a gray fox shawl over her gown for the practical purposes of warmth. 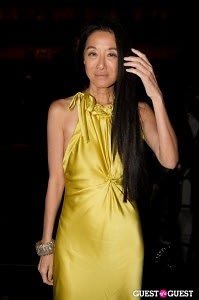 "Well, if you would not talk about the fur with the PETA people, I'm frozen, as you can feel," she said. She touched her hand to mine, and she was indeed quite cold.

Wang, these days, is not so much into designing evening wear and has turned to athletic get-ups. A former competitive figure skater ("I've kind of been a jock all my life," she said), Wang has been inspired by her Olympian friend.

"I'm into very athletic wear," she purred. "You'd never know if you saw me tonight. I had an Olympic year with my friend Evan Lycek, who won the Olympics in figure skating. And you know, I'm been starting now to get a workout myself. And I did Kill Bill for my last show; it was a lot of female assassins, so I’m kind of in a sportivo, action place."

The bell for the performance rang, and Wang hiked up her gown and athletically dashed off. 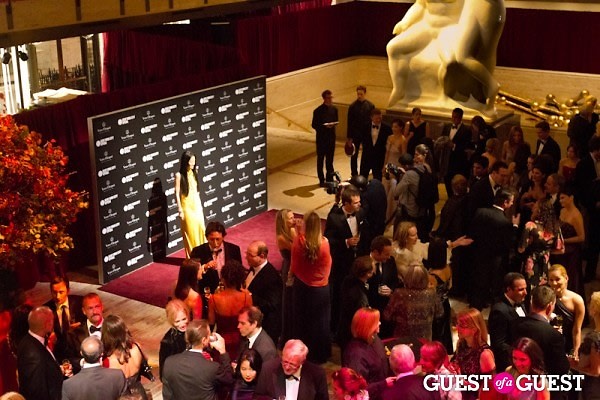 Wang on the red carpet.

Go HERE for more photos by David Blotner, and tag yourself and your friends!