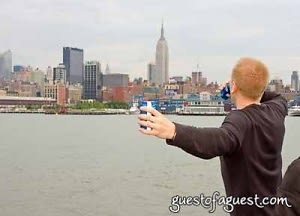 [A proper toast to our city's skyline]

GO HERE for more photos by KEITH LEW and TAG YOURSELF and YOUR FRIENDS!

This Saturday, an annual Summer Kickoff Booze Cruise took off around the island. And GofG's Keith Lew was there to catch the entire ride. Here's what he had to say: On Saturday June 13th, bands that have rocked some of the best musical venues in Manhattan, over 200 of their fans and some uniformed crewmen had the opportunity to rock a new venue, the Hudson River, as Midfall Drive, a Jersey-based band whose music blends hip hop, rock and reggae, and Stuedabakerbrown, the NYC-based indie rock/pop band, headlined the first annual Summer Kickoff Booze Cruise in conjunction with Marco Polo Cruises. 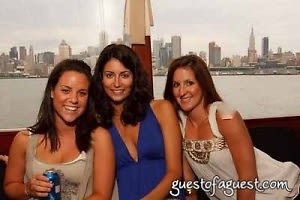 Jeff Pilgrim, a Hoboken-based singer songwriter opened the evening with a strong backing band. Midfall Drive followed with one of its classic high tempo, non-stop energy driven sets and Stuedabakerbrown capped the night with a set-list of fan-favorites including A Time for Fire and Closer. With over 200 guests for the open-bar party, the bands rocked the boat up and down and up and down the Hudson while the DJ spun the top deck, which offered sweeping views of the NYC skyline and plenty of railing for band members to take turns reenacting the "King of the World Scene" from Titanic.

In the close quarters below deck "we were able to party with the fans while playing our songs," said Steve Kondracki, the Guitarist for Stuedabakerbrown, "it was a real rocking time." Partygoer's occasional gestures of terror upon sightings of Air Force One over the Harbor turned out to be false alarms. Because seasickness and scurvy had only a minor impact on the seafaring partygoers (there were plenty of screwdrivers and dramamine to revive the ill), Midfall Drive and Stuedabakerbrown are already planning their next voyage. "No one can refer to us a a 'just a land band' anymore" proclaimed Stuedabakerbrown's drummer Josh Pratt, "now that we've taken on the seas." The drummer seemed glad to be sitting through some of the rougher patches.

Midfall Drive and Stuedabakerbrown albums and singles are available for purchase on iTunes."

No word on how much tickets were to hop on this booze cruise, but it seemed to be money well spent. 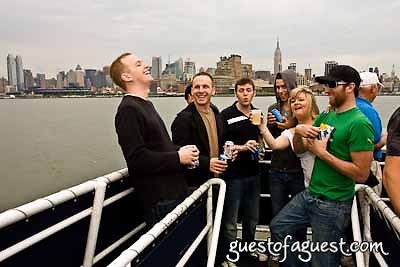 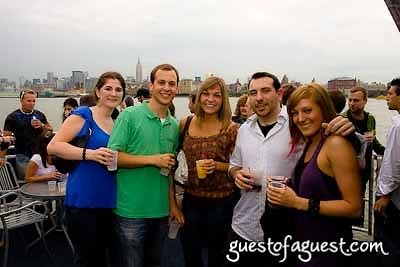 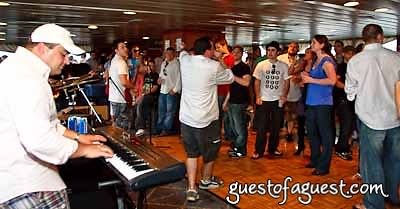 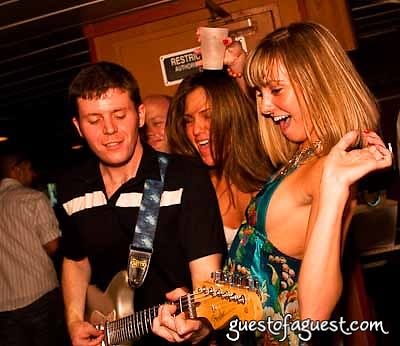 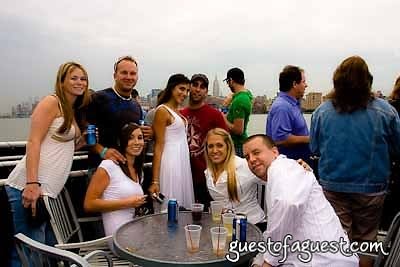