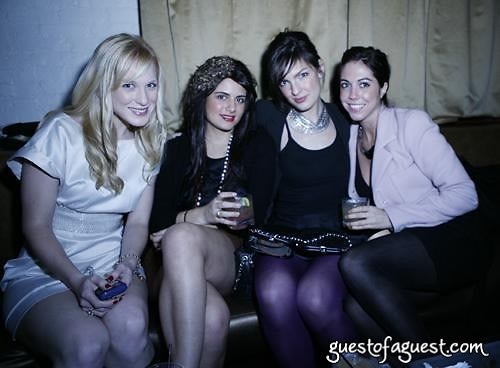 Go HERE for more photos from this event from Jamie Chiu and Scott and TAG YOURSELF and your friends!

Ok, let's start off by saying, we like to keep things in our posts positive. So on a positive note, Citrine is a cute space and we got to catch up with some friends.  That's about all the good we can muster for last night's Gradient Magazine launch. The back cover of the magazine reads "Shit is coming!" Well that really should have been the cover of the magazine, because that's just what you get when you open the mag up.  Bad layout, bad photography, bad fonts, bad, bad, bad.

As for the party itself.  For some reason there was loads of door drama and lots of our friends showed up and left when told the space was at capacity. Which was odd, since the back of the club was wide open, almost empty. We rarely notice music unless it's bad.  And let's just say we really noticed last night.  The DJ was playing 4 a.m. music.  4 a.m. music is the music that Junior Vasquez would play at 4 a.m. to get rid of the straight crowd to make room for the gay boys.  Annoying, monotonous, basically awful. Misery loves company and ours included our dinner companions, Sloan Angel and Elizabeth Beare, Liam McMullan, Ariana Ornelas, Kipton Cronkite, Timo Weiland, Gregory Littley, Alex Glenn, Arianna Ornelas, Nick Hunt and Paul Brickman. 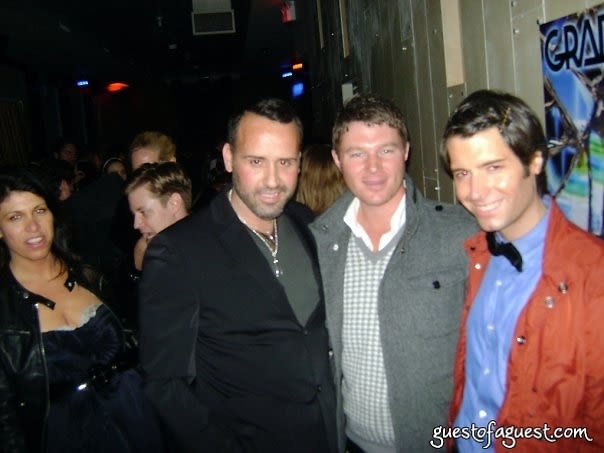 Since we were all dressed up we decided to stay out and headed to Rose Bar.  There we ran into our old friend Eric Otero who gave us our favorite table, number 11.   We hadn't been there for a while and checked out the new art work.  The Damien Hirst is our favorite.  Grace Gomez Brea met up with us and after a cocktail we headed over to the Eldridge.  There we met up with more friends including Allan Singman, Greg Link, Jason Lawrence and Matt Levine.