[Buzz Aldrin and Jim Lovell...plus their signatures! Photos by CLINT SPAULDING for PMc] The Buzz: Louis Vuitton journeys to the moon (could you imagine?!)--well...that's unfortunately not the case, but they did host the REAL Buzz Aldrin's book signing at their Maison 5th Avenue mecca store. Jim Lovell also graced us with his presence,

[ signing the jet black board and sporadically chuckling with his fellow astronaut over past space travel tales while proud wife Lois Aldrin looked like she was next in line to travel to the moon in a piercing metallic suit jacket and smiley berry lipstick (smudged all over Buzz's cheek..good look?)

While Buzz blanketed his signature all over the tumbling pages of his newest book chronicling Apollo 11 adventures, "Magnificent Desolation" fans impatiently waited hours in line to get a piece of the astronauts handwriting. Lets cross our fingers and hope this one's a good read... 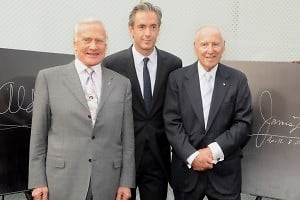 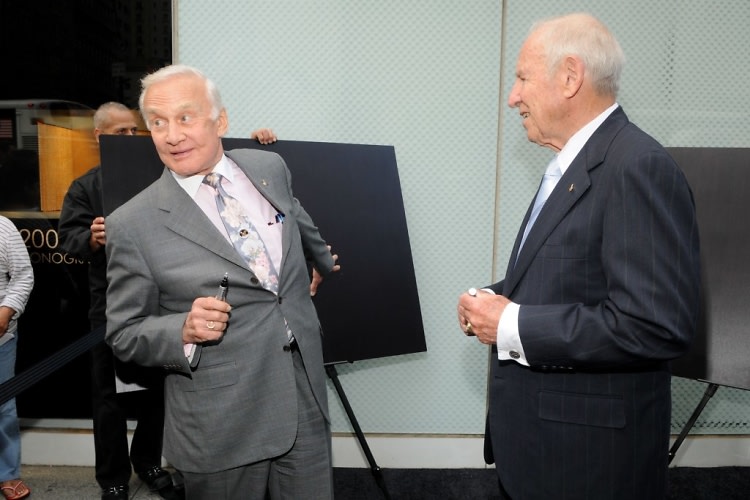 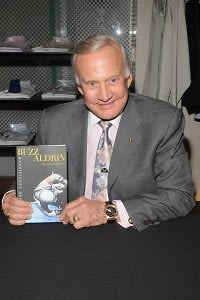 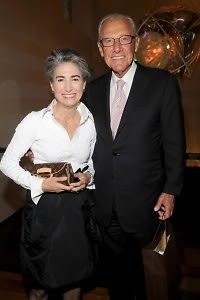 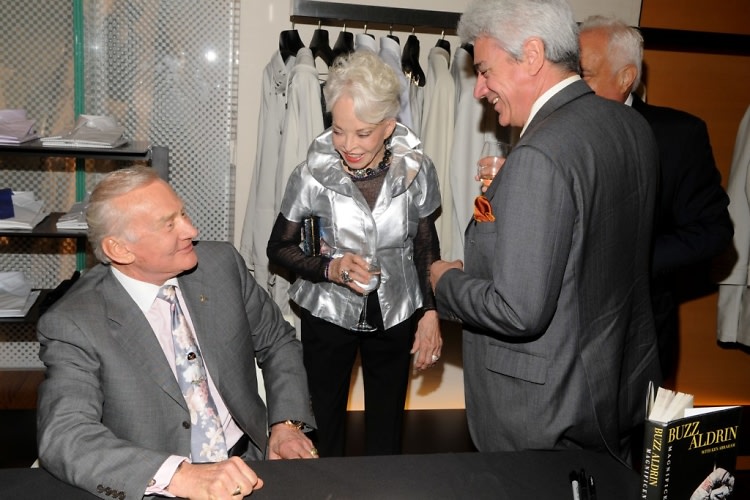 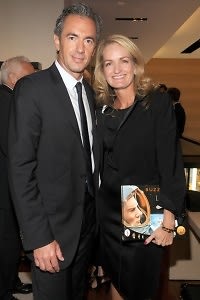 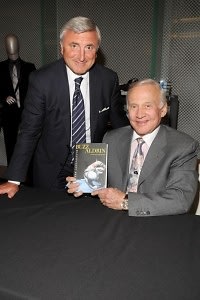 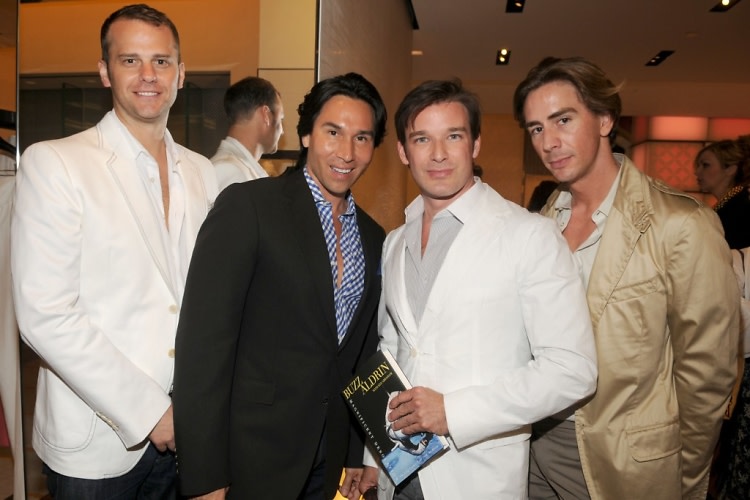 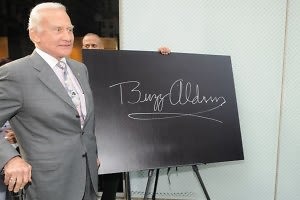 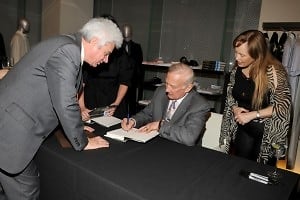 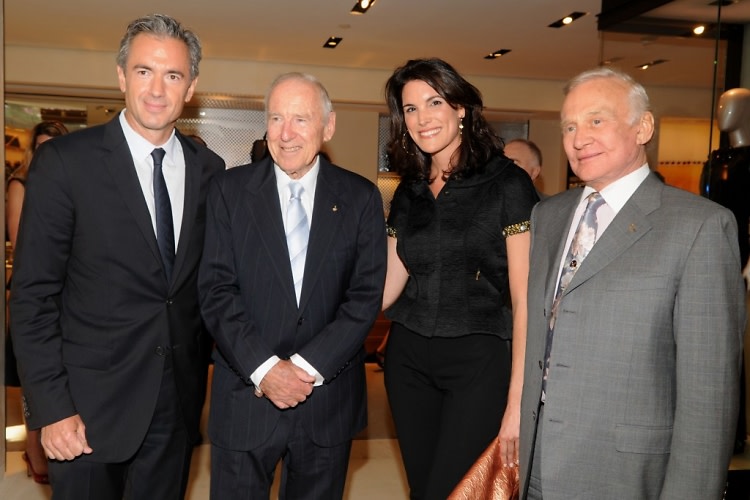 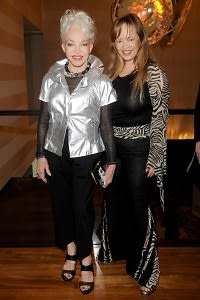 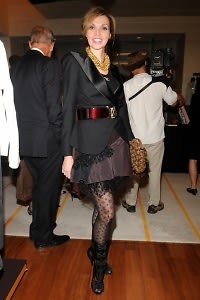 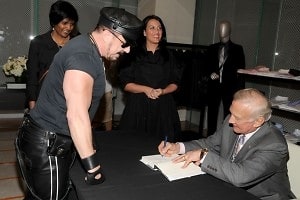 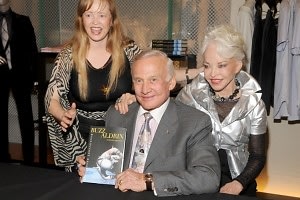 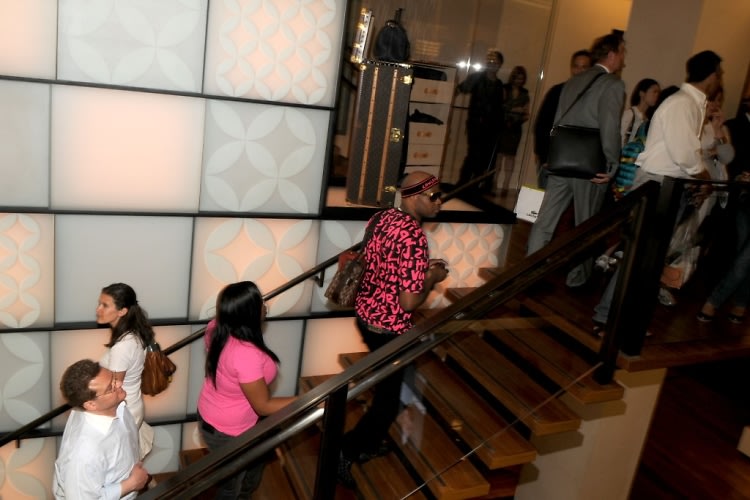 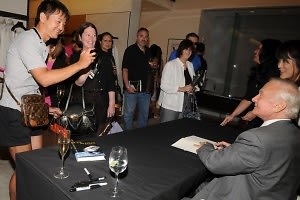 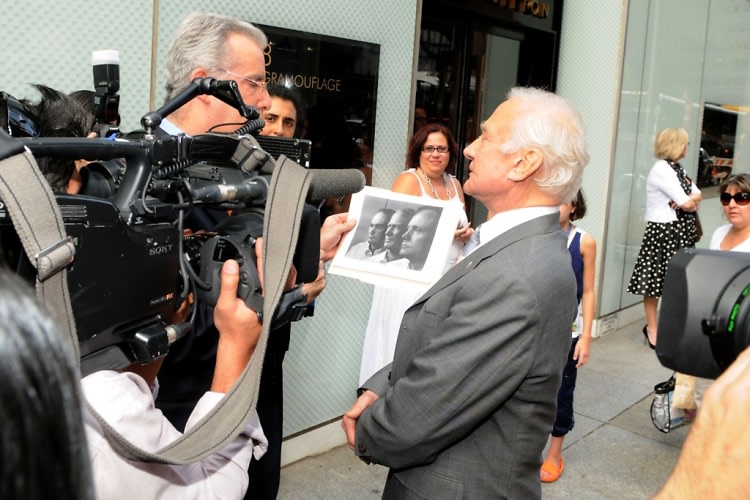