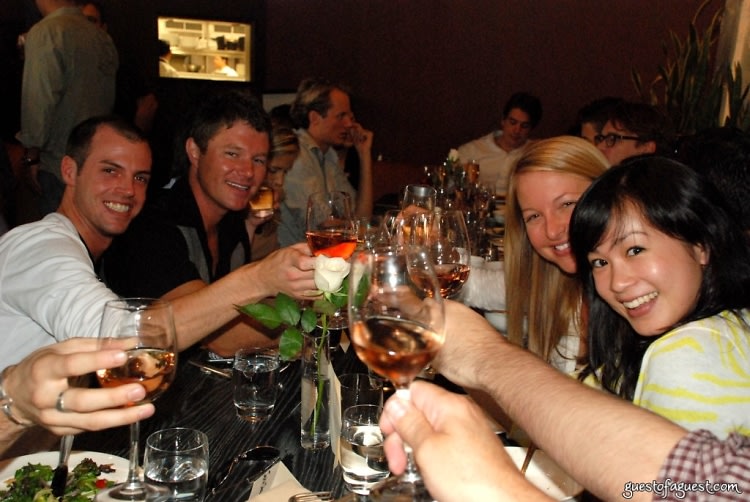 Go HERE for more photos from this event by Adriel Reboh and Rachelle Hruska.

Daniel and Derek Koch, our favorite twins, of Jour et Nuit fame, are now playing host to the insanity that is the Merkato 55 Brunch. If you've ever experienced a Koch brother brunch, you know it's not your regular old sit down grandmother's tea time.  In fact, by the end of the afternoon, most patrons are neither sitting nor standing around....they are DANCING.  Nick Dietz, my partner in crime party crasher, definitely had this in mind when he was planning his big birthday brunch.

Apparently every one else got the memo also.  I ran into people I hadn't seen in months.  Though the music was a bit loud to carry on conversation (my one complaint), I did get to catch up with my dinner companions including Douglas Marshall and the hilarious Morten Davidsen and Jared Clark. Keith Lissner was there too along with loads others like Susan Shin, Kim Bates, Carter Cramer, Devorah Rose and Philip Bloch, who sat right next to me halfway through.  Mr. Bloch looked fabulous even though he's suffering through a major back injury.  He was a delightful conversationalist.

Get thee to Merkato 55 while the party's still fresh. But a word of advice: schedule a NAPsky in afterwards...you're going to need it if you plan on hitting up Bijoux downstairs later on. 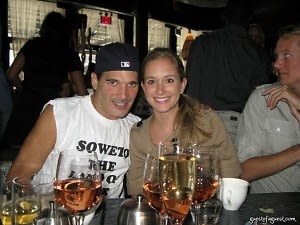 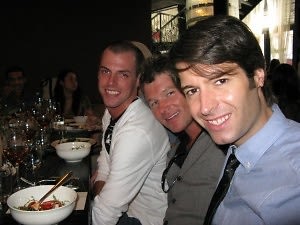