[Lorenzo Martone, Joel Palix, Joey Giuntoli. All photos by DAVID X PRUTTING for PMc.] But at least we spied Lorenzo Martone, Marc Jacob's fiance, partying it up with fashion dude Joey Giuntoli and perfume guy President of Clarins Fragrance Group Joel Palix. Somehow Monsieur Mugler, who was supposed to host the celebration of Beyonce's performance at Madison Square Garden last night, managed to evade photographers' aim. Thierry Mugler, a quasi-retired French fashion guru whose last line debuted in 2003 and who now focuses on fragrances, is creative advisor for Beyonce's "I AM..." World Tour. Some top editors at fashion-y mags, as well as beauty industry professionals, willingly posed for the cameras -- see below. 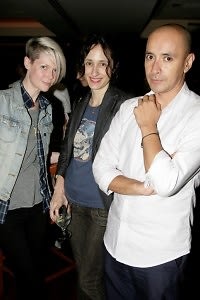 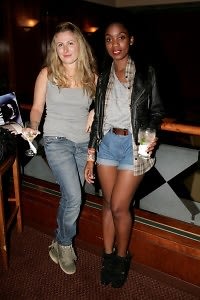 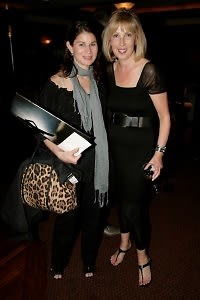 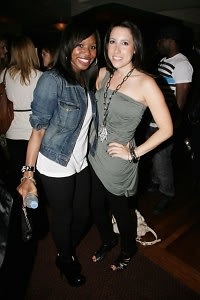 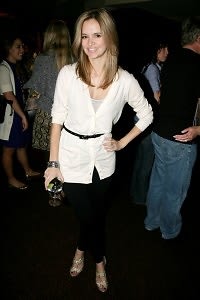 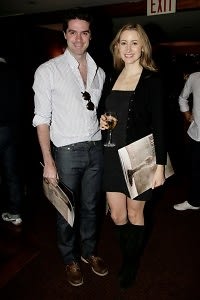 UPDATE: So Monsieur Mugler was not even supposed to be at these parties -- rather the idea of Thierry Mugler as creative advisor and costume designer (71 in total!) of Queen Beyonce was being celebrated! Oops! So basically this was just a cocktail party before the Beyonce concert for the press, as a PR rep from People's Revolution informed me. Où était Thierry? "I'm not really sure where he was," said the rep. "But he was never scheduled to appear."