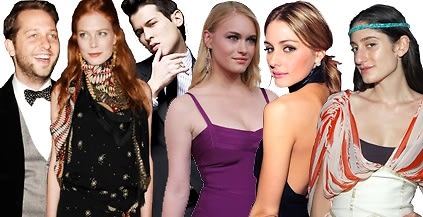 ASMALLWORLD has expanded.  With a couple new additions to their team, including the always lovely Serena Merriman joining Sabine Heller, they have launched their first edition of "ASMALLMAGAZINE" available online to members only.  Within the issue today, there is the article "Remember my name: Top Fame Gamers" in which they take a look at some of the top hundred players from Fame Game (and many writers and contributors on this site) to get the dirt.  Here's what they came up with:

Occupation: Socialite Claim to Fame: Being pretty Low Point: Errant letter posted on the now-defunct SocialiteRank.com. High Point: Boyfriend Johannes Huebl and upcoming reality show The City Quote: “I may be a young girl, but behind every young girl is a powerful father.” BFFs: Um, next question. Origin: Connecticut Man Behind the Woman: Patrick McMullan and Daddy

Occupation: Actor, overseer of family jewels as VP of the family business Claim to Fame: Amanda Hearst’s BFF Low Point: Another nice chap—we can’t find any. High Point: Cheerleading for non-profits like Riverkeeper Quote: “My claim to fame? What besides my Nobel, Peabody and Pulitzer? Living the next great American novel of course!” BFFs: Amanda Hearst Origin: Sao Paolo, Brazil Woman Behind the Man: Amanda Hearst

For More, you're going to have to have asw privileges!