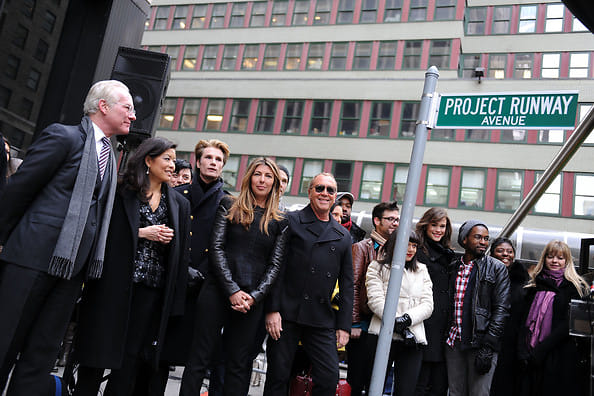 Yesterday, 39th Street and Seventh Avenue was temporarily renamed Project Runway Avenue. As Top Gun did for pilots, transforming thankless and stressful design jobs into a publicly fantasized occupation is worthy of a fleeting street sign, don't you think?

Judges Tim Gunn, Nina Garcia and Michael Kors stood beneath what is typically Fashion Avenue's giant thread needle to mark the occasion, along with Lifetime execs and cast members from previous seasons.

Even the fifth competition's Kenley Collins displayed a sincere grin of pride over the event, surprising from someone who has not only been short with the unfailingly friendly Mr. Gunn, but also (allegedly) assaulted her former boyfriend with a cat. Yeah, how great is that?

Anyway, despite the series having hopped coasts and networks, it still registers with New Yorkers. While many of us might not know the first thing to do with a sewing machine, we can all relate to the hard work and ambition of contestants. If you happen to find yourself at Project Runway Avenue, be sure to strut your best model walk, steps that would do Heidi proud. And then return to walking briskly while balancing your coffee, grimacing and sighing at tourists that walk three across at a snail's pace. 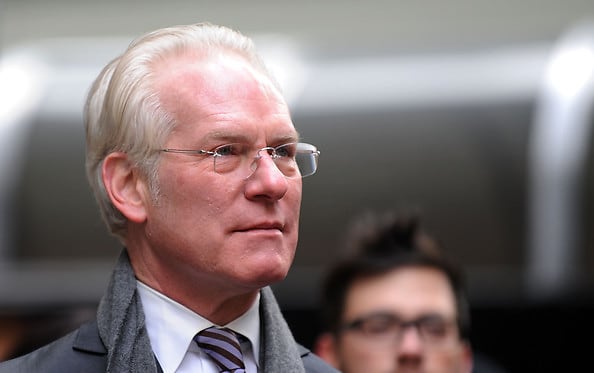 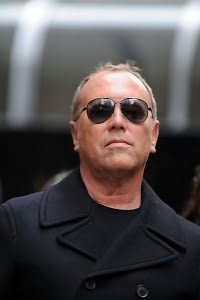 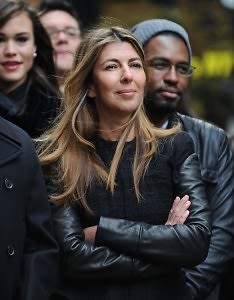 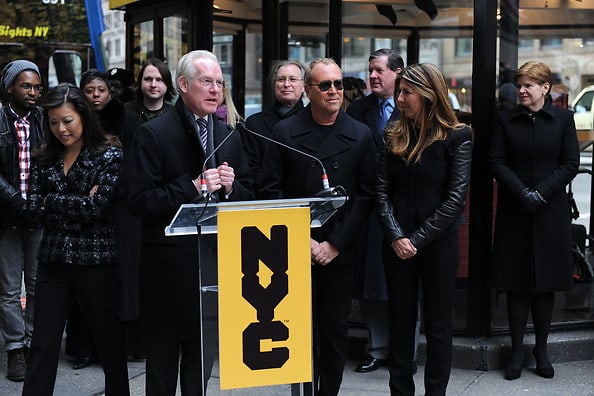 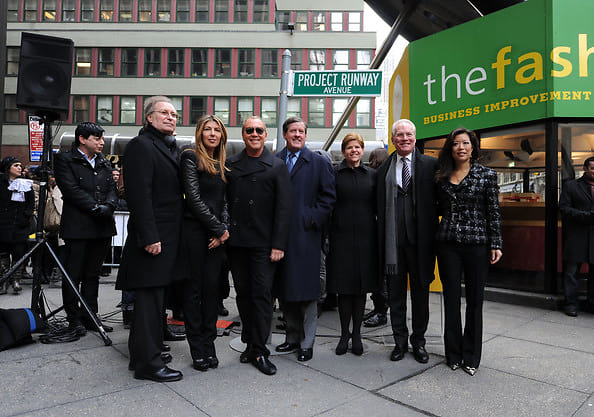