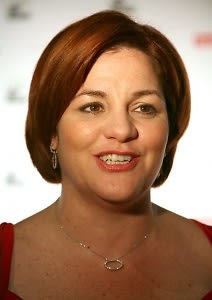 Before Mayor Michael Bloomberg created a third-term for himself, many speculated that he was preparing Christine Quinn to be his successor.  The mayor's protégée had a riposte of the salon variety in response to such a suggestion.

When we caught up with the New York City Council Speaker last night at the Child Mind Institute Gala, we asked whether Bloomberg was currently grooming Quinn to be his successor.

"My hair is far better than the mayor's, and certainly there's no grooming going on," she said. "You know, I have a terrific job, and I'm gonna keep doing it."

Quinn moved on into the cocktail hour at Cipriani 42nd St. to exchange some firm, politically-savvy handshakes.