Lutheran guilt? That's a new one. So just who is this ex-Midwestern comedian, and what does he have to be so guilty about? 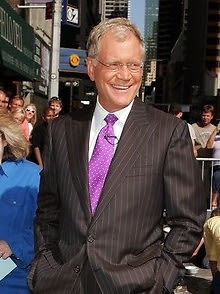 Well, David Letterman has been a little bit naughty apparently. Last night he revealed he'd been the victim of an extortion attempt after he had sexual affairs with staff members. Weirdly, the perpetrator is an Emmy Award-winning producer. Whatever, he's definitely not the first person to have an affair, right? Will this change your opinion of the Late Show Host? Let us know in the comments!