It is no mystery that one of Twitter's most monumental leaps as a internet sensation was sealed by the official membership of hip-hop's egomaniac Kanye West. Kanye, a newbie to the Twitterverse, joined only two weeks ago but is already on the path to notching his 1000th tweet in under three weeks. He literally posts about 50 times a day, updating his public (which by the way he miraculously gained 200,000 followers in 24 hours, he is up to 578,348 and counting...) on everything from "life is awesome" to "no more jeans." So of course, it was only a matter of time before someone interpreted Kanye's enlightening posts and spun those words of wisdom into gold.

Urlesque was lucky enough to score an interview with the brains behind the operation, Paul Sabourin, one half of the Philadelphia-based musical comedy duo Paul and Storm. 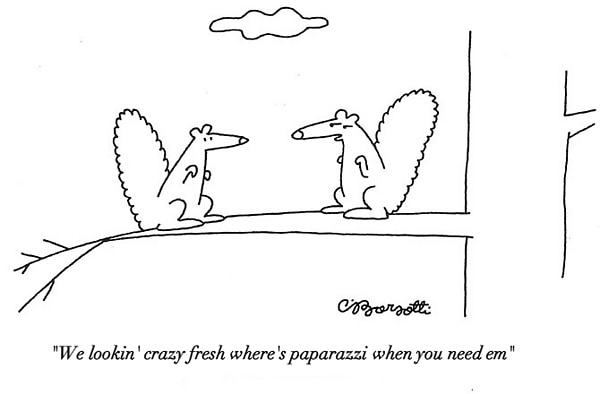 Paul's explanation of the comedic genius that is #KanyeNewYorkerTweets

The simple explanation: it just struck me as funny at 3 a.m. Luckily, unlike most 3 a.m. inspirations, this one actually seems to hold up. 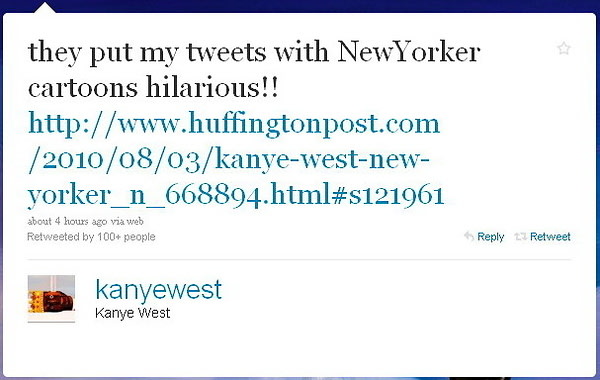 Looks like Kanye is here to stay in the Twitterverse and might be trading his Roc-A-Fella sign for @ signs. Oh, and he actually has a sense of humor!