Which actor amazed everyone with his reading habits on the set of his latest movie? Click below to find out! 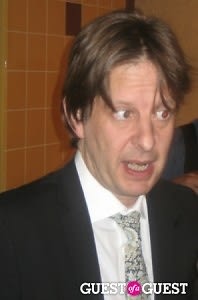 When we caught up with producer Christian Colson at premiere for his film 127 Hours, he gave us a little insight into how James Franco multitasks on set.

The Slumdog Millionaire producer demonstrated in his commentary that he's just another one of Franco's acolytes:

"He's very contained," Colson said of the actor. "He's a very charming, quiet, intelligent, considerate young man. Not a show off at all."

The platitudinous hagiographics are all good and well, but we were most intrigued by Colson's revelation that the over-schooled Franco did his homework on set. Franco was flying between the Utah and New York to attend classes in the midst of the filming, and because his scenes meant lots of time holed up in the mountains, he took it upon himself to read some of the classics.

"He clearly doesn't need to sleep," Colson said. "So in between set-ups, he was stuck in this one place, you know, he would pull out Proust and read a bit of Proust or Joyce, or a bit of T.S. Eliot. or whatever was required for that day."

Perhaps it was this Modernist literary indulgence that allowed Franco to connect with the morbid humanity of a severed arm in the movie's most notorious scene.

Go here for more photos by Scott Kosiorek, and tag yourself and your friends.