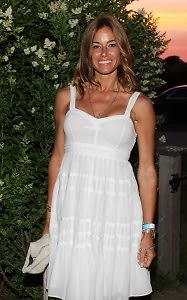 Nugget of wisdom courtesy of Real Housewife of New York Kelly Bensimon, as quoted in Out Magazine. Other gems gathered from Jezebel's list of 10 Inane Kelly Bensimon Quotes:

"I was at Mohegan Sun for the opening of their Mohegan Sun Days event, it's their [monthly] GL — GLBT night. I always think that sounds like BLT."

"Why do we have to be all flowers and lollipops. Why can't it be like fighting but we are actually learning. That's called back-door education."

"It's never really about me. It's always about the other people because that's what I find interesting. I don't really find what I do really interesting."

Kelly Bensimon• The Real Housewives of New York• out