Which French fashion visionary stirred up some controversy by daring to compare Kim Kardashian to the iconic Marilyn? While the two bodacious beauties certainly share similar physical endowments, our mystery quoter thinks the reality star and silver screen legend actually have more in common than meets the eye.

Turns out the deed was done by none other than editrix extraordinaire, Carine Roitfeld. But before you cry "blasphemy," hear the lady out—after all, she was the head of French Vogue for 10 years (so we're betting she has somewhat of an eye for these things).

In an interview with Time Out this week, Roitfeld revealed her respect for the recently-betrothed Kim K, saying

"She’s beautiful—and in fashion, that is a talent you know. She was also a very sweet person, a hard worker."

And she should know, since Roitfeld worked with the very pregnant Kardashian on the cover shoot for her latest issue of CR Fashion Book. So why does this chic Parisian see the future Mrs. Kanye as anything but gauche? Well, it's all in the controversy, dahhling:

Sure, we can all agree that Kim gets people talking, but as far as her being "brave?" We'll just let Carine explain...

"She was brave because with Karl Lagerfeld shooting, we always finish very late – we finished at 2am in the morning, and she was very pregnant. She had one guy for hair, one guy for make-up – no extensions or lashes – and for her it must have been like being naked, and she accepted everything."

OK, if rocking couture and Comme des Garcons is considered brave, where do we sign up for Fashion Fear Factor? 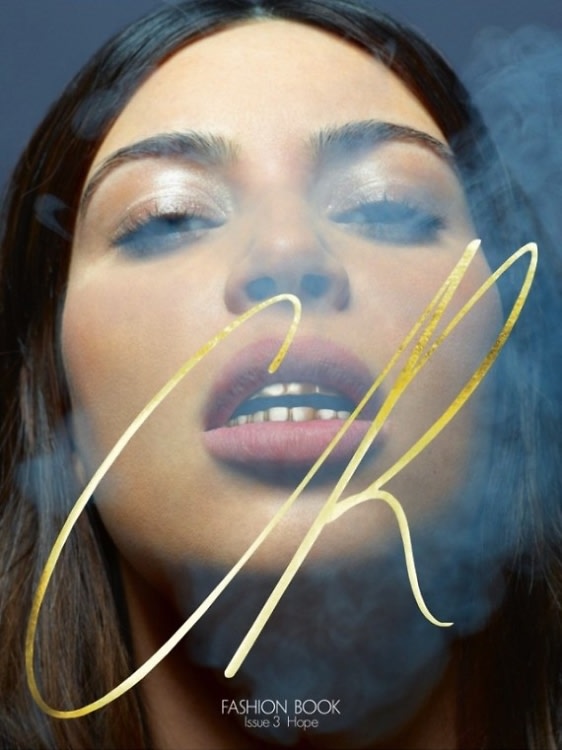