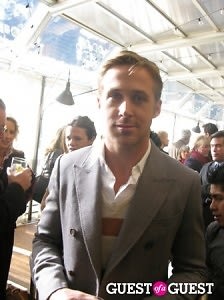 At the "Blue Valentine" lunch party at the Kimberly Hotel last week, Ryan Gosling cheered the fact that Harvey Weinstein had gotten the MPAA to repeal the NC-17 rating the film initially garnered.

"The upside: We're officially not pornographers."

Many critics thought the film, which features graphic sex scenes and an abortion sequence, too mature in its content for young audiences. Gosling, by contrast, trumpeted the didactic possibilities of the film's commitment to a harsh reality.

"As a result, the film doesn't ignore the repercussionsu of yor actions, and a lot of films scurry over it," he said as he headed to the table, where he seemed to serve Julian Schnabel some salad while talking across the table to Robert Wuhl. 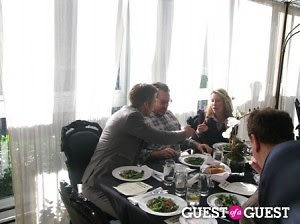