Which famous New Yorker claims to have gone against the grain in a city that's never afraid to take a chance? Click below for the answer... 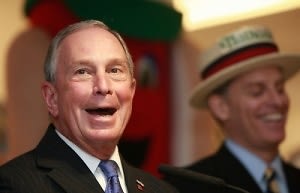 It's Mayor Michael Bloomberg, who was re-elected to a historic third term, yesterday evening. With a surprisingly narrow margin over opponent Bill Thompson, Mr. Mayor enters four more years in office against a heavy backdrop of doubt and lost confidence in his ability to serve and protect our city.

Discussing the defiance of conventional wisdom, he addressed what he sees as an acceptable path toward his election: changing the laws against term limits to permit his eligibility. Ballsy? Sure. A good decision? Well, now we have four years to decide.