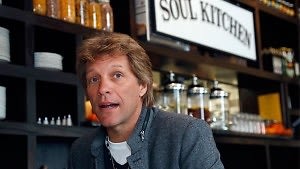 Being born and raised on the Jersey Shore I get a lot of flack from, well, everybody everywhere. But I think it's time we give respect where it's due, even if it is in Jersey. Jon Bon Jovi has recently opened a restaurant in Red Bank, NJ called Soul Kitchen that has an ingenious concept - you "pay what you can." The premise is really that simple: diners can earn a voucher for a free legitimate meal through volunteering (waiting tables, weeding in the organic garden, washing pots and dishes) - taking away the stigma of a soup kitchen or shelter.

Diners can earn their meal, or if you have the money, you can leave a suggested donation in an envelope at the table.

The concept gives those in need a way to work for their meals so they don't go hungry, and big corporations, such as Whole Foods who is donating the food, can give back to smaller communities. Hence, a Tea Partier (a private enterprise helping out without government involvement) and Occupier (the 1% helping out the 99%) can agree here.

With the segregation between the 1% and the 99% abundantly clear- maybe this is a place that both sides can sit down and have a peace meal? 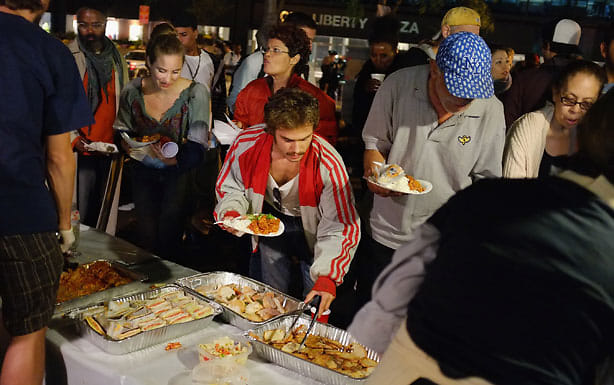 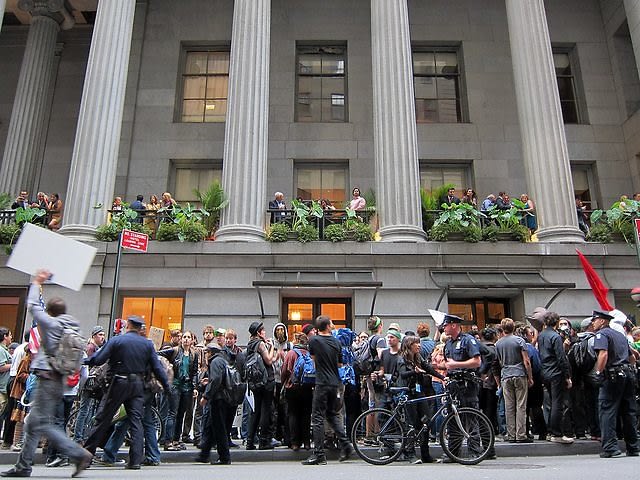