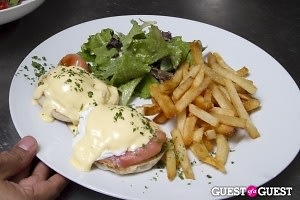 The New York Post today revealed that restaurants in the city have been hiding a dirty little secret. Their report card scores.

It's enough to make stomachs and critics alike grumble: 15 joints that scored an unfortunate C on their Health Department Report have been hiding the news from customers by refusing to post the grade, as required by law. The little game of alphabet soup has defensive restaurants squirming as the so-called "Filthy 15" seek to bend the rules.

The article reports that the Greewich Village's Bread & Pastry Cafe transgressed on 41 violation points in earning a C back in September; still the restaurant hung a "grade pending" sign as a cover-up. 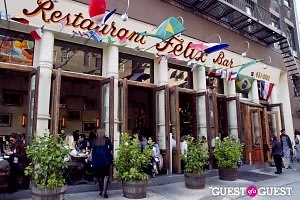 Cafe Felix, home of some popular boozy brunches, in SoHo nabbed an impressed 58 violation points in August before a lowering that to 36 in September.

The sneakiness of some restaurants in their cover-up operation may have some legal standing.  Dan Kass, the man in charge of overseeing the restaurant program at the Health Department, said that restaurateurs are given two strikes before the grades are finalized. The pending notices or alphabet purgatory thus may have been arguably justifiable given that the owners are welcome to opt for more inspections.

That said, restaurants, like Dragon Lady Bakery and Red Curry Thai, will be nailed with $1,000 fines if they fail to post grades.