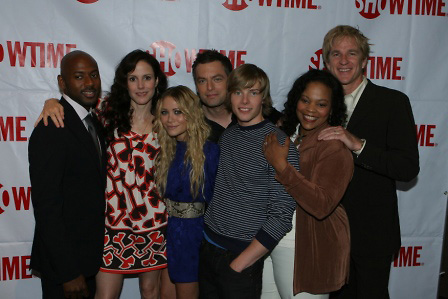 Last night, we finally got around to watching the Weeds episode from Monday night that featured Mary Kate Olsen's debut on the show, and it got us thinking about what our favorite doorman-turned-socialista Armin Armiri was up to. (Being as we just recently saw MK Olsen at Socialista). First, our two cents on her performance. We have tried not to spend too much of our brain power thinking of those two little tiny twins but have to give her props for recognizing and stating the obvious: ''If you look at our career, 21 years ago to today, it was about entertaining a specific audience. It wasn't about acting. It was about pleasing other people and making kids smile.” So series creator Jenji Kohan decided to give MK a chance to do just that. ''The truth is we're so protective of the show,'' Kohan said to Entertainment Weekly. ''We don't stunt-cast. She earned that part. It's weird to say that she's trying to break into the business, because of her status, but she is and she should have her shot.” We will get 10 more shows to see if MK really can act. So far, she looks promising, but who wouldn't in a role where their character plays a hippie-Christian who gets lines like "god loves pot"? 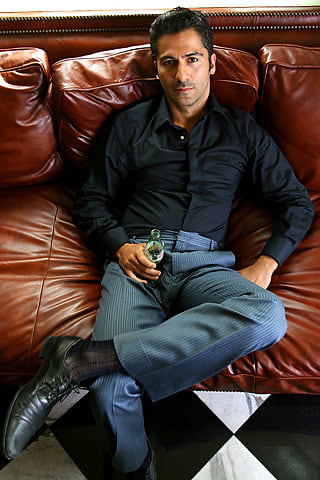 But we digress. This post is really about Armin. Once in awhile, NY Mag runs a column called "The New York Diet". And it's not about how those skinny New York socialites fit into their jeans this fall. They pick random popular New Yorkers and document what they eat throughout the week. We are a little embarrassed to admit that this piece they do may be our most favorite part of the whole magazine. We have no idea why we care that Arden Wohl eats the cookie dough out of Ben and Jerry's cookie dough ice-cream, or why we get excited that DJ Cassidy loves Cookie Crisp and Fruity Pebbles (both sooo good), but we just do. There is something about reading these people's diets that makes us happy, like they are our friends and if we ever run into them we'd have something personal to talk with them about. This is why we feel the need to showcase Armin (our favorite little Cuban's) diet.

Some highlights from the "Prince of the Night's" Diet:

-He starts off every morning at Panino Giusto, on Perry street across the street from his apartment, where he can get a cappuccino and toast in quiet.

-He gets his fresh squeezed juice at Exilir almost daily.

-He cleanses himself by drinking only green tea and juices all day, though not on the days where he plays basketball or swims at Chealsea Piers.

-He really likes the corn and small burgers at his own Socialista, and still likes to be a "bad boy" at Raoul's where he used to work and where he orders steak-frite, goat cheese, and chocolate cake on Sundays.

He finishes the interview by claiming it's really most important for him to not have a pretentious place. This is where we have to stop and laugh, because escorting above mentioned MK and her posse out of your doors on a Saturday night is anything but unpretentious. Just admit it Armin, you are all smoking the Weeds and drinking the Jesus Juice together, and you are just lovin' it!