Breaking News from Down Under: 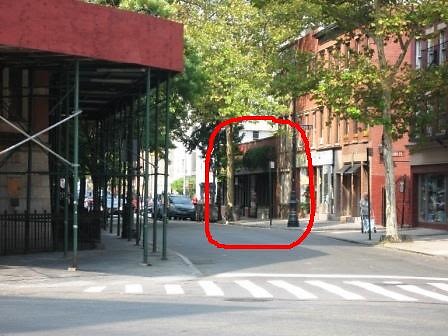 We are so very fond of Ruby's Cafe.  The small (and we mean small) Australian resturaunt on Mulberry St. in Nolita that has the best coffee, the yummiest burgers and chicken sandwiches, and the coolest music around.  Oh did we mention it also has the hottest patrons?  They sure know how to do things in Australia.  Nick Mathers and Lincoln Pilcher opened Ruby's in the fall of 2003 as a way to bring some things from Down Under to the Big Apple.  Now, apparently they are ready to expand their empire. 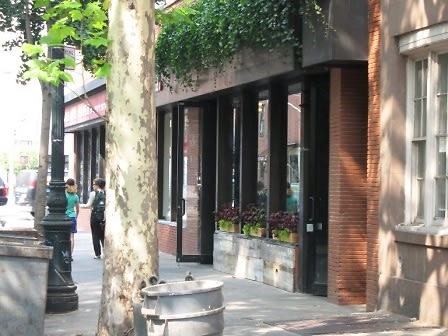 There is a spot on w. 10th street between 6th and Greenwich (across from church and next to Cafe Asean) that has been causing quite the commotion.  Well, we confirmed last night that the place is set to be these Aussies' new venue and it's looking H-O-T (both the place and the owners).  To be called Kingswood, we have the exclusive photos of the exterior from this morning and can report that it  will be an upscale version of Ruby's with a bar in front and the restaurant running along the side and in back.  We will be sure to keep you updated on their opening (which could be as soon as next week!) So, why has there been absolutely no press on this place (until now?)...we can only guess that it is the Aussie way and we will not question that.