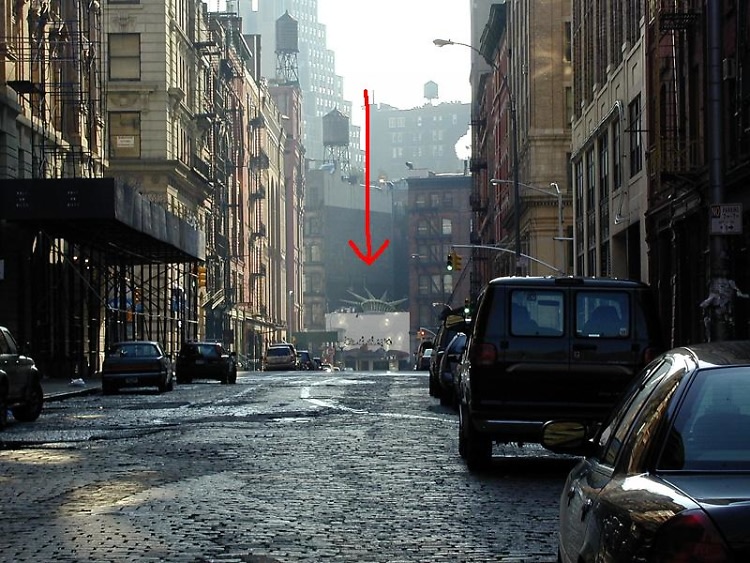 Before there was La Esquina, or Barrio Chino, there was El Teddy's. The famous TriBeCa restaurant on West Broadway near Varick Street was an inspiration for the cast of Saturday Night Live (its crown appeared on the opening credits for years), and many others.  Its long and curious history dates back to the 1920s.  It has seen various reincarnations; from its original steakhouse design, frequented by Elizabeth Taylor and Richard Burton, to a tapas bar in the 80s where it was crowned with its landmark 2,500 pound replica of the Statue of Liberty by artist Antoni Miralda, to the Mexican hotspot most of you would know it best as, owned by Christopher Chesnutt.

"As the neighborhood grew populated with Wall Street firms, however, and overrun with what one resident called "the suit people," locals began to go to the restaurant less often.  Once bustling, El Teddy's was nearly empty for the past year; one regular gravely noticed that the emptied bottles on the liquor shelf were not being restocked. The aftereffects of Sept. 11, 2001, coupled with a benign neglect, proved too much." [STEVE KURUTZ, NYT 2004]

Once the ultimate sign of downtown cool, El Teddy's was replaced with a six-story condominium building.  We have yet to find a suitable Mexican restuarant to share an afternoon Margarita at in the area.