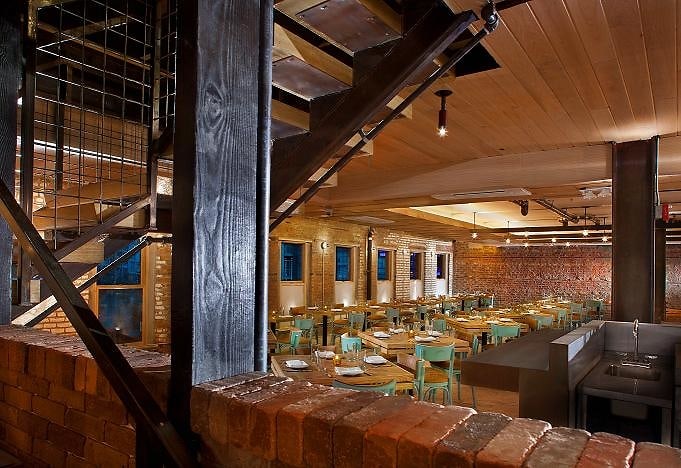 The tri-level restaurant and lounge is situated inside a reworked industrial building, with two levels of dining plus a private lounge and a rooftop terrace (the latter of which are only accessible through a closely guarded elevator). In actuality, the main dining area is tucked away on the second and third floors and —even still— to get there, you must get by a set of doorman who are manning the building’s inconspicuous entrance on Ninth Avenue. 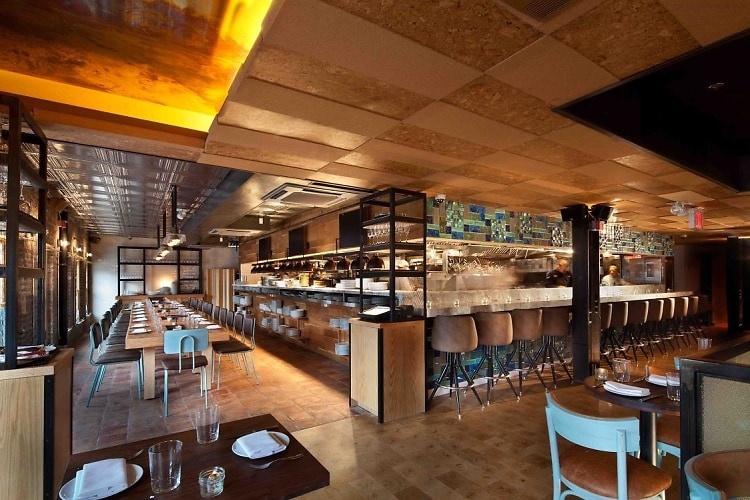 Once upstairs, the space seems vast and 'woody', with the same airiness and architectural lighting as the EMM group’s flagship bistro, Abe & Arthur’s, located just two blocks away. While nearly every seat on the main floor was filled during my Wednesday night visit (including at the drink and oyster bars), a floating staircase and wine wall leading to the second dining area uncovered a room full of banquet seating, a chef’s table, and an open-air kitchen with wood oven. 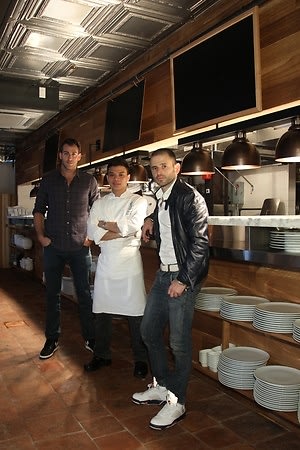 One of the restaurant’s main attractions is its resident chef, Hung Huynh, best known for his appearance on Top Chef where he was the Season 3 winner. Huynh prepares a vibrant menu of American, Mediterranean, and Asian-inspired seafood dishes and sushi plates, all meant to be served family style. Menu offerings such as the Crispy Whole Red Snapper, Crab & Chorizo Stuffed Calamari, and Salmon Belly Crudo were standouts during my visit, with the Mushroom Spaghetti being the dish of choice for vegetarians.