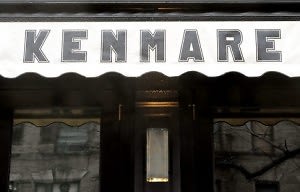 A restaurant critic has his work cut out for him when reviewing a place where "the food is inconsequential." When the alleged restaurant in question is Kenmare, the challenge stems from a) borderline inedible food and b) patrons on liquid diets. Unfortunately for Kenmare, the Times' Sam Sifton found even the cocktails tough to swallow.

Sifton ranks Kenmare as "Fair," which means it fails to garner even a single star from New York's most prominent resto reviewer. He has kind words for chef Joey Campanaro, "a serious and excellent cook," but not for his latest employer, which is "unlikely to enhance his reputation." Conceding that a few items like meatball sliders and cheese and gravy-soaked french fries don't set off a gag reflex, Sifton goes on to dismiss a veal cutlet as "a breaded and fried laptop" and a chicken dish as "almost too salty to eat."

Saltier still is Sifton's take on the milieu and the generically attractive folks who inhabit it. The conventional losers eating at conventional hours "seem pulled from rejected 'Sex and the City' scripts" while the underemployed but fantastically wealthy visitors who follow them are "people with incredible collections of music and sneakers and phone numbers, accompanied by the people who went to college with them who now work on Wall Street." 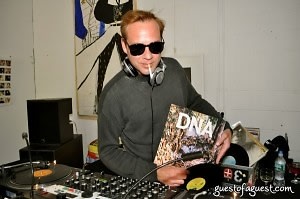 In all, Kenmare comes off as the underwhelming culinary equivalent of a Porsche for co-owner Paul Sevigny, DJ,  nightlife guy and brother-of-Chloe, who is old enough to have fathered most of the patrons at his previous venture, Beatrice Inn, and said in the Times back in April, “You don’t see a lot of 50-year-old nightclub owners, do you?”

Sifton doesn't review the night owl portion of Kenamre, although he does sneak a peek at the basement lounge, with "its long hallway of mirror-lined restrooms quite the right size to fit a couple of consenting adults." Maybe if he'd been riding a cocktail buzz, the review would have been more charitable. As it happened, his Alaskan Sour was an "awful mixture" of gin, yellow Chartreuse and lime juice, a "vile concoction" which sat untouched for twenty minutes before a clueless waiter noticed and whisked it away.

The regrettable drink cost $12. You have to wonder if Campanaro agreed to Kenmare in hopes of more agreeable comped drinks (and fast, fancy company) downstairs. He'll need one today.