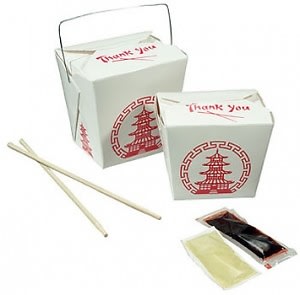 Eric Asimov pointed out in the Times that local Chinese joints have largely escaped the upscalification that's washed over once-lowly delicacies from burgers (hello, Pat LaFrieda) to hot dogs (PDT, DBGB). He's right about the cuisine's stubborn modesty. But unlike Asimov, I don't think it should get classy.

Asimov asked why there are "no Chinese restaurants in New York that venerate great ingredients in a Slow Food sort of way." Here in New York, he argued "one of the world’s great cuisines...remains for the most part consigned either to great expressions of immigrant food in various Chinatowns, to touristy, kitschy environments or to delivery status."

To which I say: why not? Manhattan's Chinatown is one of the last great vestiges of ethnic holes-in-the-wall in the borough. Not only are these restaurants (and to call some of these glorious dumps restaurants is charitable) welcome respites from the increasingly glitzy and homogenized Manhattan dining scene, but they appeal to a cross-section of diners, including the Chinese locals who you imagine know from good Chinese food, of paper-thin wallets. The city's other Chinatowns, particularly Flushing's, up the ante with what the Times itself lauded as uber-authentic food stalls. 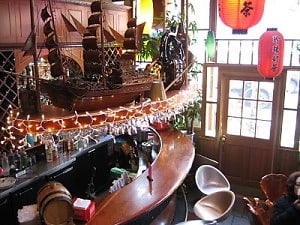 Of course there'd be nothing wrong with relatively posh, locavore Chinese restaurants co-existing with the old school dives. The problem is that glossier modern eateries often squeeze out their predecessors rather than complement them. Unfortunately, the Davids of the New York food world rarely thrive alongside newfangled Goliaths. For example, even though a slew of restaurants serving updated comfort food staples found at diners thrive--Taavo Somer will open a spiffed up hipster-diner on Bowery any day now--diners themselves continue to close at an alarming rate.

The humble Chinese restaurant is ubiquitous enough in NYC to qualify as a sort of ethnic, cosmopolitan greasy (or MSG-laden) spoon, the sort of unassuming mom and pop eatery all but extinct in big and small towns alike. 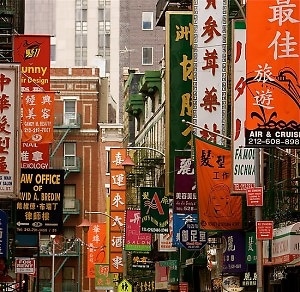 Per Asimov's gripe about delivery, I'd say the fact that the modest Chinese restaurant's deathly good food is, along with pizza, the quintessential New York delivery food makes it all the more worth saving (preferably for days of obscene gorging on leftovers).

Raise a glass to the old, defiantly not dying, breed of New York Chinese restaurants. And revel in the fact that your glass is: surrounded by kitschy (and not in an ironic, hip way) surroundings; probably filled with another anachronistic advantage of the genre, BYO wine; and can be shared with the table via Lazy Susan.