The wait is over for those of you who have mourned the closing of Cafe des Artistes and have been longing to see the legendary restaurant's lavish murals once again. The Leopard at des Aristes opened May 2, 2011 and the murals are still a focal point at this new Italian restaurant. Already, it's bringing out the socialites.

The revamped restaurant is run by husband and wife, Gianfranco and Paula Bolla Sorrentino, who also own Gattopardo. Their inspiration for the Southern Italian menu was taken from the famous novel and movie.  Just like the old, Cafe des Artistes, it's soon to become a paparazzi favorite. 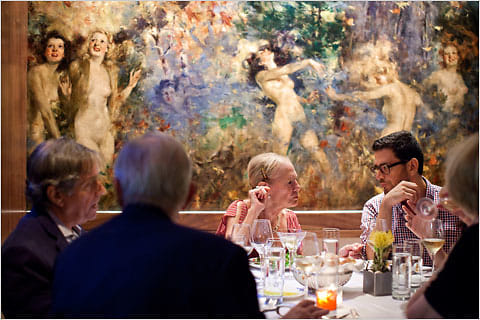 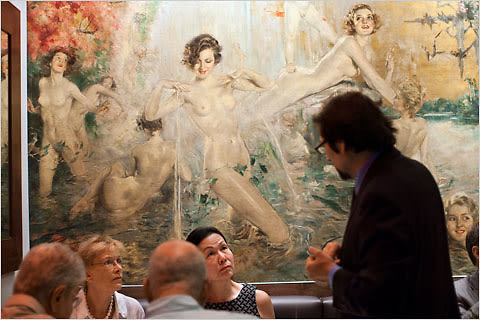 Like The Waverly Inn and Monkey Bar, this new uptown old fashioned Italian restaurant is poised to become a hotspot for the elite. Since their opening, 2 months ago, their A-list guests include: Woody Allen, Steve Martin and Lloyd Blankfein. In his NYT review, Sam Sifton noted Glenn Lowry, director of the Museum of Modern Art; Adam Weinberg, director of the Whitney; and Harold Holzer, a vice president of the Metropolitan Museum of Art.

Unlike, the Waverly, this place is affordable. Compare the Waverly Inn, who has a $55 truffle mac n' cheese, with Leopard at des Aristes Southern Italian menu with one entrees under $30 and two under $40. 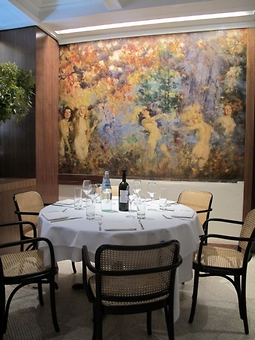 Located right off off of Central Park West, The Leopard at des Aristes, is an instant hit. Their chef, Vito Gnazzo, and the place has had some pretty awesome reviews, not only from critics but from real people.

This is some of what Camillo B of Zagat had to say:

"I must say that the concept is very European, tradition driven, not bottom line, and it is exactly what Americans like when they travel to Europe; So, this is a New York testimonial of how you can do it. Rejoice!"

Dagmara Szulce, a reader of the NYPost said:

"Highly recommended! Gianfranco, the owner is the most hospitable host in town and has the most refined taste! The food is to die for!"

If you decide to head over and check the place out yourself before an evening out, here are some good bars in the area. 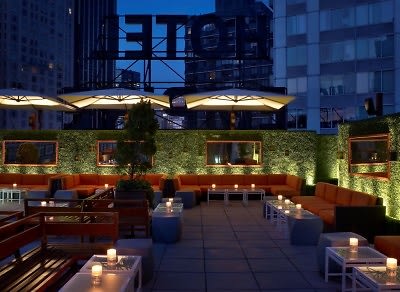 Depsite it's neighbor's noise complaint law suit, The Empire Hotel Rooftop, is the perfect place to grab a cocktail, enjoy the view of Lincoln Center and dance the night away. 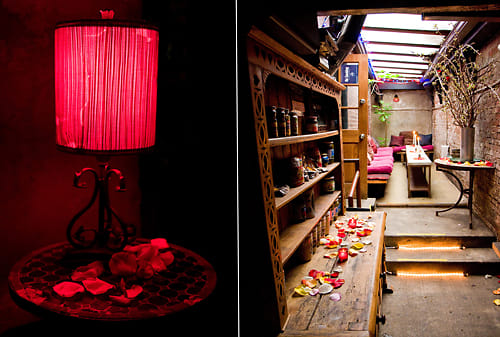 If you're looking for more of a cool and romantic feel, Shalel Lounge is where you want to go. It's unmarked doorway, custom-made cocktails and cushioned nooks make it with out a doubt the perfect place for post-dinner smooching. 65 W 70th S between W. Central Park and Columbus Ave