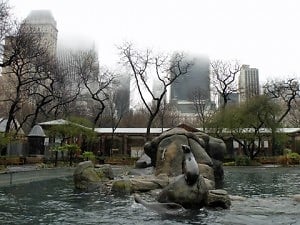 Then: "Central Park Zoo, Fifth Avenue and 65th Street. This excellent cafeteria is one of the most popular summer outdoor eating places in New York. Try to sit on the terrace where you can watch the seals. Fun, cheap, and, surprisingly enough, smart!"

Now: Well we definitely wouldn't consider the cafeteria at the Central Park Zoo "smart", though not having kids, we've never been there ourselves. The reviews online are pretty good though, referencing the usual kids fare, plus affordable food for adults.

Then: "This historic old place is nice for lunch when you are sightseeing in the financial district. Serves luncheon only. Reasonable."

Now: It's hilarious to us how even in 1940, the only time you'd ever dine in the financial district is if you were "sightseeing" or doing something touristy.

Then: "This Times Square restaurant is famous with theatrical and "Tin Pan Alley" folk. Medium prices."

Now: The "Tin Pan Alley folk" are mostly dead (except Bernie!!), and we're pretty sure no one remotely related to the theater industry dines here--just tourists who are willing to spend $26 on a slice of cake and pancakes, according to Yelp.

Then: "Very popular with theatrical people for its good food at easy prices."

Now: It's still very popular with theatrical people, though probably less because of its 'good food at easy prices' (the prices are NOT easy, by the way) and more because by now it's a New York institution. 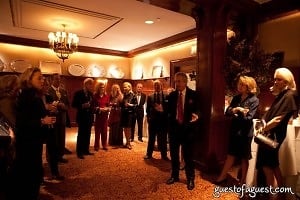 Then: "Address the same. Every-one has heard of "Twenty- one." Just about as good food and wines as New York affords, and just about as high prices for them, too."

Now: "Every-one has heard of 'Twenty-one', but that was even before it became a favorite hangout for JFK and nearly every President visiting New York City since. This review completely stands the test of time, except at this point you can definitely find better food in New York. Twenty-One, now known as "21 Club", is still popular for upmarket movie premieres and events. 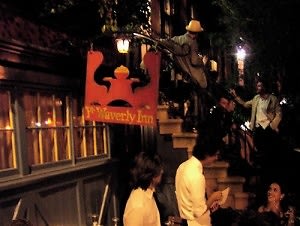 Then: "Fine American cooking served in a friendly and intimate atmosphere. I don't know whether it is pleasanter to go in the winter and sit by the open fire, or in the summer and sit in the garden. Inexpensive."