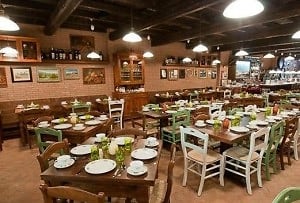 Today Eater gives us a peek at Osteria Morini, the new Lafayette Street joint from chef Michael White (Marea, Convivio). As spiffy and spanking new as it looks, I can't help but feel some déjà vu.

I'm not too worried about Morini, which opens October 4th. White is one of the city's most acclaimed cooks. Surefire, universal crowd-pleasers like sweetbreads and duck hearts dot the menu. Morini sounds game, even if it's not a game changer.

Italian Is King: Osteria Morini joins a long list of high profile Italian restaurants that debuted, or are about to open, this year: Eataly, Porsena, Torrisi, Pulino's, Lavo, Kenmare and Travertine are just a few. Don't forget Locanda Verde and Maialino, two of last year's biggest debuts. And that's not to mention Del Posto, which has taken on a new life of sorts--at least among fulminating food blog commenters--in the wake of a historic, paradigm-shifting, earth's axis realigning 4-star review from Sam Sifton in the Times (which came on the heels of a rare euphoric pizzeria writeup for Motorino).

Kenmare Street Is on a Roll: La Esquina and nearby Southside introduced some gloss to this quotidian downtown corridor a few years ago, but Kenmare Street is only booming now. For better or worse, Kenmare and Travertine amped up the volume on the street and will soon be joined not only by Morini (which is on Lafayette where Kenmare grinds to a halt) and boutique hotel The Nolitan. The question is if the cool kids will move on now that the strip is so firmly established.

Diners Still Have Reasons to Celebrate the Recession: The Great Recession wreaked havoc on New York's dining scene. Comfort food, from pizza to sausages, reigned since it was easier on the wallets of eaters and ingredient-sourcing chefs. Seemingly every new restaurant opened in a hotel, to ensure crowds and lower overhead costs. Morini is a standalone resto, but the decor is cozy and "rustic" (hence the logs picture below), and the food is relatively cheap for a Michael White joint.

Morini does break from at least one trendlet. Unlike at Kenmare, Travertine and Lavo, there's no subterranean club to dance off all that pasta. 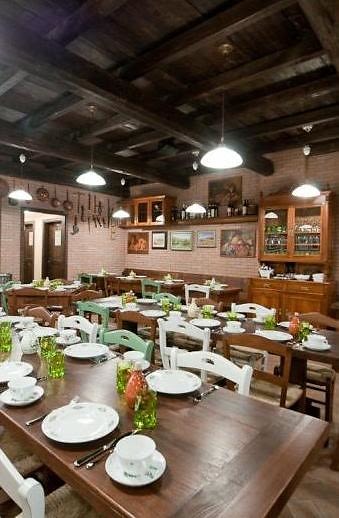 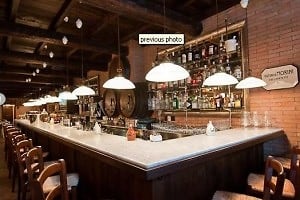 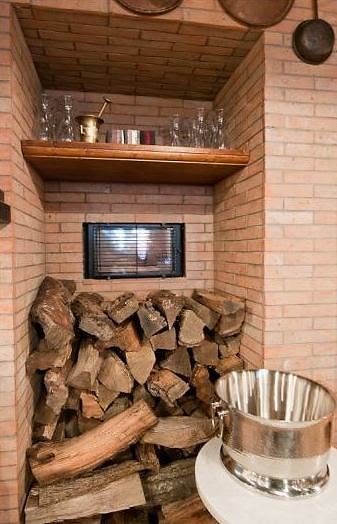