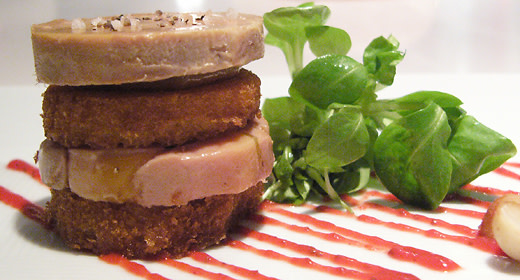 Peanut Butter and Jelly Sandwiches are incontestably American. Paired with a tall glass of milk, we have not met one American that hadn't eaten this combo, for many it was a staple of their childhood lunches. Living in a city where Americans are becoming the minority, we quickly found out that this sandwich has never been popular for our European/Australian counterparts. Most had never even TRIED a PB&J (and are not, surprisingly, overly excited to do so any time soon). So, in case you care, here's why: Peanut Butter has not been around for that long. It was invented by a physician in St. Louis in 1890, which is why the stuff in general is mainly "American". It is like the equivalent of the Australian "Vegemite". Sliced bread wasn't even invented until 1927 in Iowa of all places. Though the exact inventor of the sandwich is unknown, it seems to have become extremely popular here in the 1940s after it was used as military rations during the war. (Here is a timeline of the origin of the sandwich from Smuckers).

Why all the ramblings on the sandwich anyway? Because we just found out what David Burke & Donatella, the posh UES restaurant has done with the PB&J. They have paired it with FOIE GRAS! Here's what Doree Shafrir of the Observer had to say: "a special, though almost every night it’s on the menu, described as a “torchon of foie gras, macadamia nut butter, strawberry-vanilla jam, toasted brioche.” At a restaurant known for taking culinary whimsy to a sometimes illogical extreme, this invention seems decidedly illogical: a kitschy bastardization of a fourth-grader’s lunch."

Our own bastard president George W. Bush revealed on The Oprah Winfrey Show in 2000 that his favorite sandwich was the PB&J...we hope the establishment rushes one over to his hotel room pronto. Pictured above, it is a sandwich that seems fit for a moron.