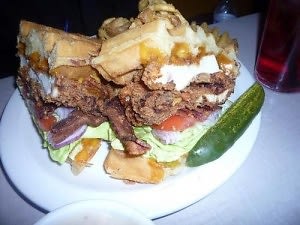 Let's be honest, there's nothing peachy about having a hangover. In an ideal world, shotgunning six beers and downing a few too many cocktails wouldn't result in the utter monstrosity that is also known as a hangover. Mother Nature's a real bitch.

We could do without the nausea, fatigue and chills, but armed with delivery service and dark shades, hangovers no longer cramp our style.  Here's just a few of the best fail-proof eats for nursing that "24 hour stomach flu"... Maybe pass on this BLT chicken-fried steak waffle sandwich though...

1. Banana Cream Pie, Pies-N-Thighs (Brooklyn): Pie might just steal the show. The location might be new, but even after a 2 year disappearance, the menu's still got its well-loved staples. Our favorite? A thick slice (or two) of banana cream pie always, always does the trick.  A whole pie will set you back $40... you never know when you might need one! 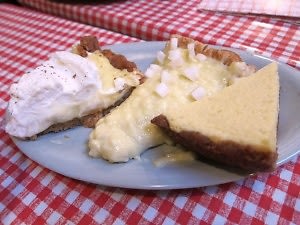 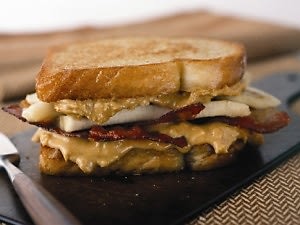 3. A Salty Pimp, Big Gay Ice Cream Truck (Various): You might need to venture out for some of this sweet stuff, but a Salty Pimp (dulce de leche, sea silt, chocolate dip, and vanilla ice cream) is definitely worth the trek. Ice cream junkies, beware! Check out the website to find out where to  get your next soft serve fix. 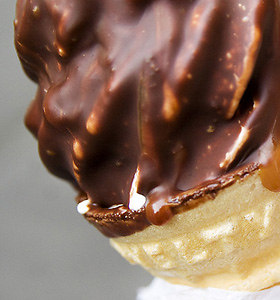 4. Fried Pork Chops and Cheddar Waffles, Buttermilk Channel (Brooklyn): Without a doubt, brunch is one of our favorite meals. Add in some crispy pork and you've got a match made in culinary heaven.  Fried pork chops and maple syrup-drenched cheddar waffles combine the best of both worlds. For the less audacious, the pecan-pie french toast is a close second. 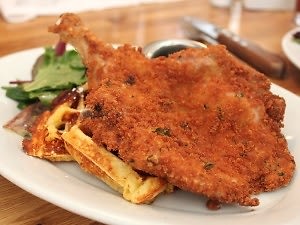 5. No.9 Burger, Jimmy's Burger Shack (Midtown): No hangover food guide would be complete without some carbo-lovin. NY's basically drowning in burgers, from the ubiquitous Shake Shack, to Minetta's uber-classy Black Label burger. A cheeseburger's a dime a dozen, but the No. 9 is in a league of it's own. 5 oz patty topped with a fried egg, crispy bacon (of course), and cheese... it's portable, pocket-sized, and delicious. While you're at it, pay homage to Napoleon Dynamite, and nosh on some of the city's best tater-tots. 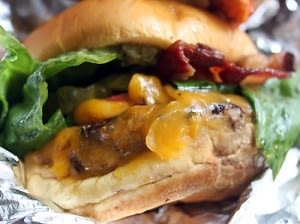 6. Bacon Brownies, Mari's New York (Various): Ok, these might not be "special brownies", but they may possibly be even better. They might just be the holy grail solution of the fudge-y vs. cake-y debate.  Available at Barney's and the new Limelight Market, treat yourself to one of six delicious, unique flavors, like...  caramel sea salt, thai coffee, bacon (!!). P.S., they deliver... 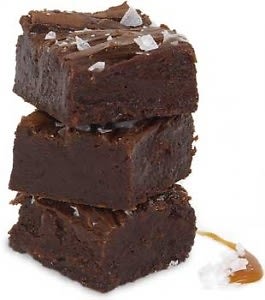 7. Kimchi-Miso Ramen, Kambi Ramen (East Village): Sometimes, all a baby hangover wants is a spicy meal, without the heart attack. Ramen's a choice option, especially when the cash just ain't flowing. The kimchi-miso noodles will clear the sinuses and then some, and will set you back less than the two vodka tonics you had last night, pricing in at a cool $15... 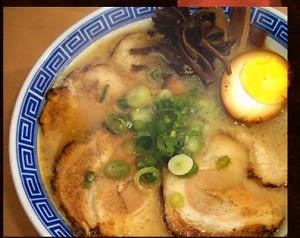 In case you're planning on never drinking heavily again, embrace the hangover! Hangovers mean a love affair with greasy, carby food... and eating hungover is like eating standing up, in front of the fridge. Negative calories!