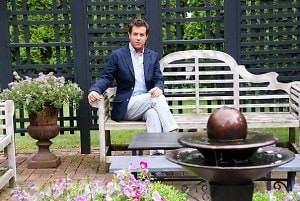 [Kristian Laliberte, such an upstanding gay citizen] It started with an angry tweet from social gay Kristian Laliberte, claiming  The Georgica Restaurant & Lounge in East Hampton wouldn't kick out a high-rolling patron who allegedly verbally insulted him with an anti-gay tirade.  When asked for specifics, Laliberte would not divulge, however, he readily took the opportunity to stump against the use of anti-gay words.  The Georgica Management also declined comment, however, thankfully for two anonymous tipsters, we now have the other side of the story...

kristian was at georgica.  he walked up to a table where he was not  sitting and poured vodka in his glass.  the guy who was at the table  told kristian to leave the table.  kristian got hysterical and started  to say "do you know who i am?"  the guy said, i don't care who you are this is our table get out of here.  as kristian walked away the guy  booted kristian in the ass.  more of a playful thing then anything  harmful.

kristian then went outside and was hysterically crying and threatening  to call the police.  The door people went inside to see what the  problem was and was informed of the situation.  Naeem (who is gay)  asked the guy to apologize to Kristian to smooth things over, and he  said he would.  Note that nothing derogatory was said up until this  point.

The patron went outside and tried to apologize but at this point  Kristian was having none of it.  He started to berate the guy, whom  again he did not know, saying "you think because you're some spoiled  rich kid you can get away with anything."   The paying patron  attempted to apologize a number of times before he got angry and  started to yell at Kristian.

In all honesty, Kristian should have been the one kicked out.  You do  not go to others tables and scam their alcohol, especially in the  Hamptons when bottles start at $700.  When you are caught you should  apologize and walk away.  Kristian tried to play it another way and  got caught.

It appears that Kristian may have overplayed his hand on this one.  Freeloading is one thing, but in these hard economic times a social can get only so far on five finger discounts.  The only part where these accounts don't add up is whether it was vodka or champagne Laliberte tried to filch.  We'll let the readers decide that one. 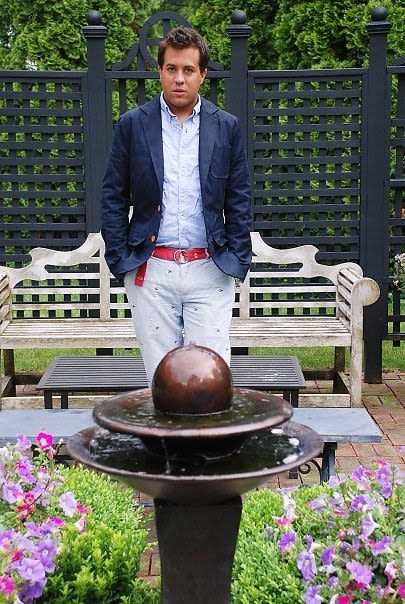