Saturday night I attended a fencing clinic at the Manhattan Fencing Center hosted by my friends, the silver medal Olympians Tim Morehouse, Jason Rogers and James Williams. I have a new respect for the Olympic athletes after experiencing just a couple hours of the sport.

First, you are covered from basically head to toe in very heavy protective gear including a helmet that was so heavy I strained to keep my head vertical. Second you can only move in basically a squatting position that had my thighs and glutes protesting very quickly. After only 15 minutes of practice I was covered in sweat and breathing heavier than I had in quite a while. After being taught the basics we were split into 4 teams and thrust right into competition. Despite some questionable calls by our referee, Mel Rodriguez, I am happy to say that our team, the Angry Beaver Hornets, dominated and were victorious.

Afterward there was an awards ceremony and we were given our "medals." We all had a toast and a laugh. The next day I woke up barely able to move, and was sore in spots I didn't know I could be sore in. Others attending the clinic included: Patrick Frost, Jourdan Lawler, Christopher Bollen, Derek Blasberg, Jessica Flynt and Nicole Sawyer. 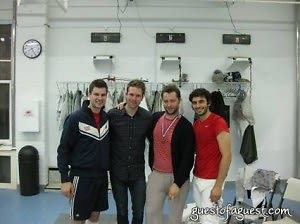 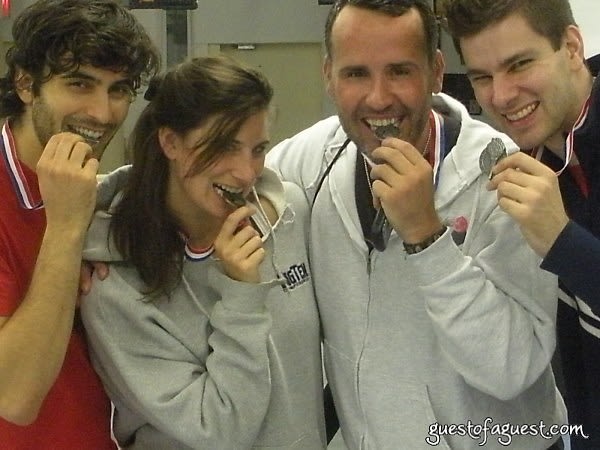 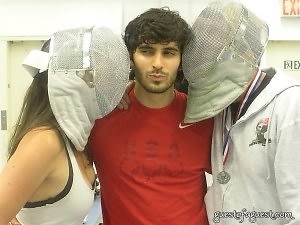 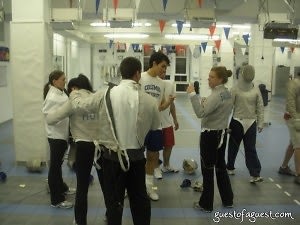