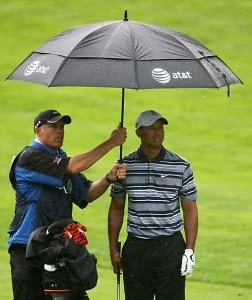 [Tiger Woods (R) stands with caddie Steve Williams (L) under his umbrella on the third green during the first round of the 109th U.S. Open on the Black Course at Bethpage State. Photo via Getty] Day three from Stephanie Wei, our official corespondent at the US Open:

Here’s a look at Tiger Woods yesterday at Bethpage Black in “Round” One of the U.S. Open aka “Woodstock for golfers” or “The Great Flood.”

After only three hours, the monsoon heavy rain flooded Bethpage and play was suspended.

The pictures I took (below) say it all. I don’t have to tell you that it was painful and conditions were impossible. You’ve either heard it or caught the highlights on Sportscenter already. Better yet, you’re following Ian Poulter on Twitter and got the play-by-play from him. If you’re not, I recommend that you start now. The guy gets funnier by the minute and tells it likes it is. 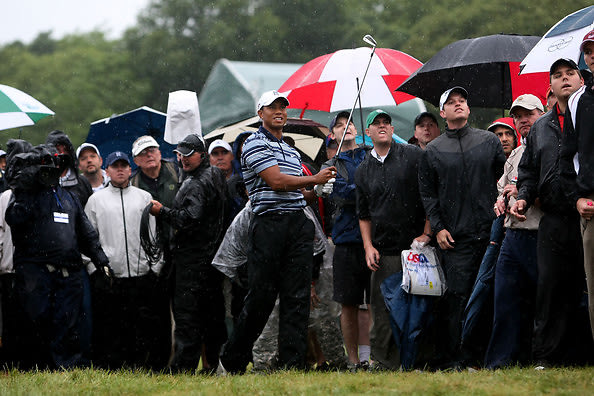 At noon, I didn’t think there was any chance that the course could be playable. The greens were completely under water. There were streams running through the fairways, the walkways - you name it. By the end of the day, a better word for “puddles” would have been “marshes.” Speaking of which, hitting it in the fairway for the players is now more crucial than ever. Um, can anyone say, “ground under water?” I’ll be really, really impressed by guys that make par after an errant tee shot a la Tiger on the first hole of the tournament.

I am stupid, make poor decisions and stayed at the course until play was officially called around 2PM. Since I was already there, I tried to make light of the situation, which was obviously making fun of it (and myself).  I came prepared wearing golf shoes, rain gear and armed with an oversized umbrella! My friend Ray and I walked around for probably three hours, entertaining ourselves with how absurd the whole thing was. I mean, we were willingly at a GOLF COURSE in the torrential downpour. Enough said.

Well, there’s still Friday, Saturday, Sunday, Monday, Tuesday…and the good news it's supposed to stay clear today. Play will resume at 730AM and they're going to try and play two rounds today; that is, the golfers will be on the course until there's no longer daylight. 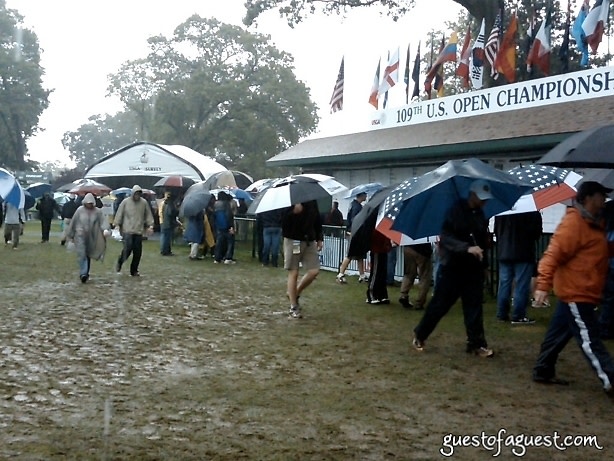 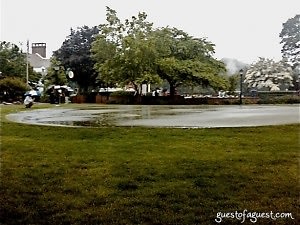 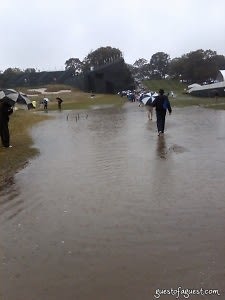